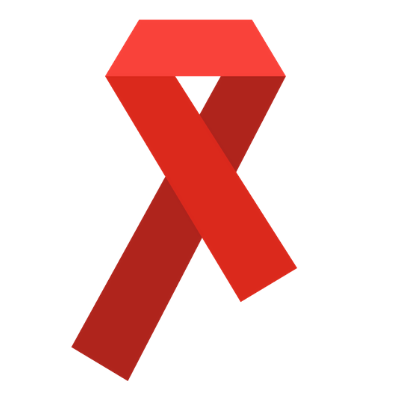 We've been incredibly busy over the past 12 months, and to bring 2021 to a close, we've rounded up our highlights of the year. These successes wouldn't have been possible without your continued support, so we just want to say a big thank you to everyone who got involved with our work.

At the start of the year, we continued to support people living with HIV who faced workplace discrimination because of their HIV status and COVID guidance. We ensured that people with HIV who had not disclosed their status to their GP could still access the COVID vaccines. We published the 13th HIV COVID-19 Network Briefing, and ensured that appropriate considerations were made in COVID guidance for people living with HIV.

It's A Sin launched in late January, which gave UK viewers an insight into the lives of people living with HIV in the 1980s. Our chair, Professor Jane Anderson, reflected on the dramatic changes to HIV treatment and society's attitude. Guy Duncan reflected on living through the '80s in London as a gay man, and Danny Beales, Head of Policy & Campaigns, compared It's A Sin to today's HIV epidemic.

In early March, we launched our HIV and the Police report. It explored how two police forces, Merseyside and Avon & Somerset, were tackling HIV stigma and discrimination. As a direct result of this project, Essex Police created a detailed action plan to combat HIV stigma within the force.

Later in the month, thanks to our ongoing work with MPs and other HIV sector organisations, we saw a significant increase to PrEP funding, making the preventative pill more accessible to those who need it.

A big win came in the summer when we saw changes from the Government to allow more gay and bisexual men to donate blood in the UK. We also successfully lobbied for the removal of the discriminatory geographical based question on blood donor screening forms which unfairly impacted Black African communities, among other groups. This has resulted in blood donation being more accessible to all. We worked closely with Public Health England, and other LGBTQ+ and HIV charities to push for these changes, so we were delighted to see this agreed in 2021.

Our HIV and Migration report was successfully launched in June. It was our first project that was co-led by peer experts - people living with HIV who had personal experience of migration - which explored the barriers faced by people born abroad who are living with HIV in the UK. We are now working to produce several videos in different languages to inform migrants of their healthcare entitlements in the UK. We are confident that these will help people access the healthcare they need. We will keep you updated as this project progresses.

In June, we published our ageing briefings for both Greater Manchester and Newcastle. These papers explored how to improve care for people ageing with HIV, and through our local HIV Action Plan advocacy, we are working on implementing our recommendations from these reports to ensure that older people living with HIV have good quality care that meets their needs.

In July, alongside research agency BritainThinks, we published the HIV Public Knowledge and Attitudes report. The report surveyed over 3,000 people across the country to truly understand the extent to which HIV is understood today. This continues to help inform debate across the media and throughout the sector, highlighting the vital work that is still to be done around stigma.

We also managed to persuade Public Health England to continue its HIV Innovation Fund for another year. The fund supports projects which aim to address inequalities and poor sexual and/or reproductive health and HIV outcomes, and prior to NAT's intervention it was due to come to an end.

August saw the launch of our HIV Indicator Conditions good practice guide, calling for increased testing where a condition could indicate a person could be living with HIV. As a result of this work, NICE updated a number of their clinical guidelines to recommend HIV testing, medical professional bodies we engaged with have changed their guidance and a group of professionals has started looking at piloting HIV testing in cervical screening services in London.

We've continued to engage the Crown Prosecution Service (CPS) regarding an update to their legal guidance on sexual transmission of infection. The CPS agree with us that their guidance should reflect up-to-date clinical understanding of HIV and have accepted our proposed changes. These will mitigate the damage of HIV criminalisation, and we will let you know when the new guidance is published.

We published our HIV & Mental Health report in October, which explored why we must improve mental health services for people living with HIV. We are still working with providers to implement the key recommendations made in the report, and we saw great coverage of our mental health work in the media around World AIDS Day.

As World AIDS Day approached, NICE approved the first long-acting injectable treatment as an option for people living with HIV. In Scotland the SMC also approved this treatment too. We worked closely with NICE and the SMC throughout the approval of this technology, submitting evidence and also appearing at their consideration hearings. We are looking forward to the development of this story throughout 2022.

We worked closely with other HIV organisations (THT, BHIVA, and BASHH) and MPs in Parliament to influence the decision made by the Ministry of Defence to allow people living with HIV to join the Armed Forces. Announced on World AIDS Day, the decision is a significant step towards realising equal rights for people living with HIV. This decision also enabled people to take the HIV prevention drug PrEP in the armed forces too without fear of expulsion.

Throughout 2021 we have been working to influence the Government’s proposed HIV Action Plan. The plan was published this World AIDS Day, December 1, and outlines the steps the Government plans to take by 2025 to end new HIV transmissions by 2030. Whilst not including everything we hoped for, it did make bold new commitments to decrease HIV transmission 80 per cent by 2025 and implement annual reporting to Parliament, as well as agreeing to £20 million of new funding for opt-out HIV testing. We warmly welcomed the extra funding and commitment to opt-out testing, but as our Chief Executive, Deborah Gold, made clear there is more work to do. In an op-ed for the Guardian, she wrote that 'if we fail to address structural inequality and wider health disparities, we will fall at the final hurdle'.

We continue to do lots of other work behind the scenes and none of this would be possible without you! Thanks for rocking the ribbon once again this World AIDS Day: we provided more than 200,000 red ribbons to individuals and organisations throughout 2021. Your support continues to help us in our mission to stop HIV standing in the way of health, dignity, and equality.

If you'd like to donate and help continue our important work in 2022, please consider doing so by pressing here.

We hope you all enjoy the rest of the festive season, and we can't wait to see what 2022 brings!