"It's a Sin" and today's HIV epidemic 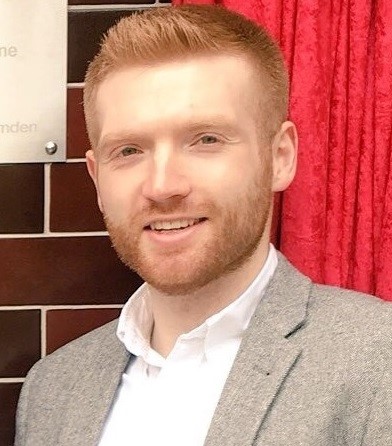 The reaction to Channel 4’s groundbreaking drama "It’s a Sin" has been fascinating. Finally HIV is on the agenda. There’s been a lot of discussion about "It’s a Sin" and the period’s pain, trauma and suffering. But we must also acknowledge and discuss the underlying drivers behind the sluggish response to HIV which are also covered in the series. To this day they continue to affect our ability to effectively respond to HIV. Lots has changed in the medical response to the virus. But has enough changed in our attitudes towards HIV and the communities historically disproportionality affected?

Whether an online binge watcher, or a traditional TV-type, pacing out the drama week by week, I’m sure you’ve experienced a teary moment or two. Gay, straight or bi, living with HIV or not, younger or older, it’s impossible to not be moved by the show.

As well as sadness, it conjures up a complex web of emotions. For me, significant guilt, that perhaps I hadn’t done more during my life to challenge HIV stigma. As well as a feeling of being exceptionally grateful and fortunate to have been born in the ‘80s as a gay man, rather than coming of age during the decade. Picturing my parallel experience of turning up to London during fresher’s week at uni and parading down the entrance hall of Heaven – a very different prospect in the 2000s to two decades before.

Despite the differences, I was also left reflecting on the long and continued impact of the period. Stigma when unchallenged, leaves a long legacy. While the five-part series ends on 19 February (don’t worry, no spoilers here!), the story of the fights against HIV stigma and homophobia, transphobia and racism – the real drivers behind the spread of the virus – still persist today. We have come so far since the ‘80s, but we’re still fighting these same battles.

The “Don’t die of ignorance” tombstone advertisements burned into our national consciousness, never led to a mature debate about sexual health. How many young people, and crucially their parents, felt it was something never to be discussed at the dinner table? The effect on education and pernicious legacy of Section 28 meant HIV and AIDS, the full history of the pandemic, were never mentioned during our schooling. Only now can I appreciate the real impact this had on my own attitudes towards my sexuality, the feelings of shame towards gay sex and my lack of understanding of HIV at the time. Those wanting to ‘protect’ us from HIV in fact harmed so many through the preservation of ignorance and the stigma.

That feeling of foreboding and dread when becoming a sexually active gay man in the pre-PrEP era. The gut-wrenching worry during that first sexual health checkup, with very little awareness still of the true realities of HIV treatment options, thinking only about those few movies we’d seen portraying HIV and AIDS. How many people have put off their visits as a result of this stunted sexual health education?

Even in 2021 there’s still a real reluctance to test for HIV among the public and some health professionals. Of the 549,849 people not tested for HIV in a sexual health service annually, 46% were not offered a test and the remainder declined an HIV test. Thousands of opportunities were missed to diagnose some of the 6,600 people still living with HIV and not knowing their status. When discussing widening testing across other areas of the NHS, a not uncommon reaction from some health professionals is also they don’t have adequate training to deliver such a ‘life changing’ test result. We must overcome these attitudes if we are to make testing as routine as a test for diabetes or blood pressure in the NHS.

You don’t have to look far for headlines which are still a hangover from the 1980s, or comments below social media posts which perpetuate homophobia, transphobia and HIV stigma. How much is our disinvestment in sexual health services and the delayed roll of HIV promotion drug PrEP a result of these embedded attitudes towards marginalised communities and HIV? Rather than a smooth path for the life-changing HIV prevention drug PrEP, we had to take NHS England to court to ensure fair and free access.

Despite these burning and ongoing injustices, there are still reasons to be hopeful. One of the other overriding themes "It’s a Sin" provides is activism and allyship. It was the strength from within our communities that fought back and stood up for our rights. The power of mutual support and fighting against the odds to push for progress. In 2021, when faced with the ongoing stigma it is this same spirit that provides the answers and future solutions.

We’ve seen increased activism already in reaction to the show’s broadcast. People sharing their stories, offering generously their time and money to support the HIV sector. Record levels of testing during HIV Testing Week. We must also continue this spirit and urgency in the battle to take on HIV stigma. We must not allow society to view It’s a Sin just as a piece of history. But rather, a call to action. We cannot move on and consider the HIV pandemic in any way ‘job done’, a victory of medical science alone.

There are still thousands of people undiagnosed in the UK. More than 40% of those who are diagnosed are diagnosed late each year, putting them at greater risk of ill-health. We have all the tools we need to take on this pandemic – quick testing, PrEP, effective treatment meaning undetectable = untransmittable (U=U) can be a reality for everyone with HIV.

We all have a part to play. It’s not enough just to educate ourselves, we must actively challenge stigma and discrimination. Call out ignorance and misinformation whether in our workplace, university or friendship groups and ultimately, we should all aim to be a bit more like Jill. Only when attitudes that "It’s a Sin" are replaced by it’s just sex, across all our communities, will we be well paced to truly end stigma once and for all – and only then will end new transmissions of HIV.

This article was originally featured on the Pink News wesbite.