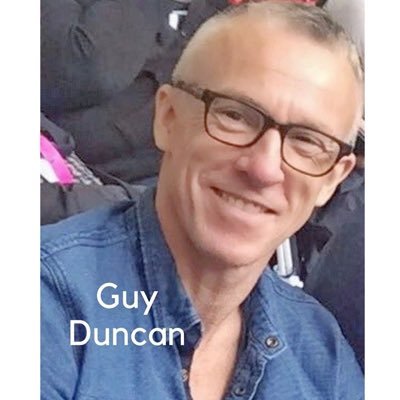 Guy is founder of Brand Equality, a lead marketing consultancy with a focus on strategy for LGBT+ diversity. He is also a member of National AIDS Trust’s Community Advisory Group. Duncan has been living with HIV for nearly 30 years.

It’s the sense of oblivion combined with the wide-eyed expectations of being young that resonate so powerfully in Russell T Davies’ “It’s A Sin”, a compelling new drama about the emergence of AIDS in 1980s London.

Like Davies’ late 1990s series “Queer as Folk”, this is a tale of a group of young men who come together in their first year of adulthood to forge the next chapters of their lives. Unlike the characters in his first TV drama, with a deadly virus providing the backdrop to “It’s A Sin”, viewers can’t quite be sure whether they'll make it through their hedonistic rights of passage.

I recall the same sentiments when I first moved to central London as a 21-year-old gay man living in ‘80s Britain. Davies doesn’t mention the then prime minister Margaret Thatcher’s name in episode one, but her impact on society is felt throughout, from the parochial attitudes of Ritchie’s Isle of Wight family to the working-class roots that propel Colin to opportunities undreamt of by his Welsh family just 20 years before.

Sex education is minimal and limited to heterosexual sex. Ignorance is everywhere.

What also chimed with me was the faceless, cold attitudes held by people in power in the health services. I remember only too well they too were trying to wrestle with an unknown disease and were utterly unprepared, both practically and emotionally.

Today, the dangers, the empathy and tear-inducing emotions around COVID-19 are everywhere we look. But back in the ‘80s, GRID (gay-related immune deficiency as AIDS was first known) was tied to sexuality and something to be ashamed of. Young gay men were turned into something to fear.

We see this powerfully in the undignified way in which Neil Patrick Harris’s character is left to die in sterile isolation by anonymous indifferent health workers. Today’s recognisable PPE and a blue surgical mask are worn here to show just how ill-informed people were at the time as to how HIV is acquired.

Looking back today, the fact that the UK knew so little about AIDS, and then did so little to warn gay and bisexual men in the early days, is scandalous. No significant public health service messaging occurred until the infamous “Don’t Die of Ignorance” ads in 1986.

But “It’s a Sin” also captures the positives of LGBT+ life at the time: entering a gay pub for the first time brimming with nerves and innocence; the compassion and openness of new friends; and of the precious times spent shaping your own family.

For me, those times meant freedom.

Davies has created a love letter for our forgotten generation and it’s going to be a wild ride. “I just want to be happy,” says Ritchie at the end of the first episode. But with AIDS looming over the series, it’s a remark that also sends a shiver down our collective spines.

This article was originally featured on the Thomson Reuters Foundation wesbite.