Marc Thompson on stigma and how to really tackle HIV inequalities 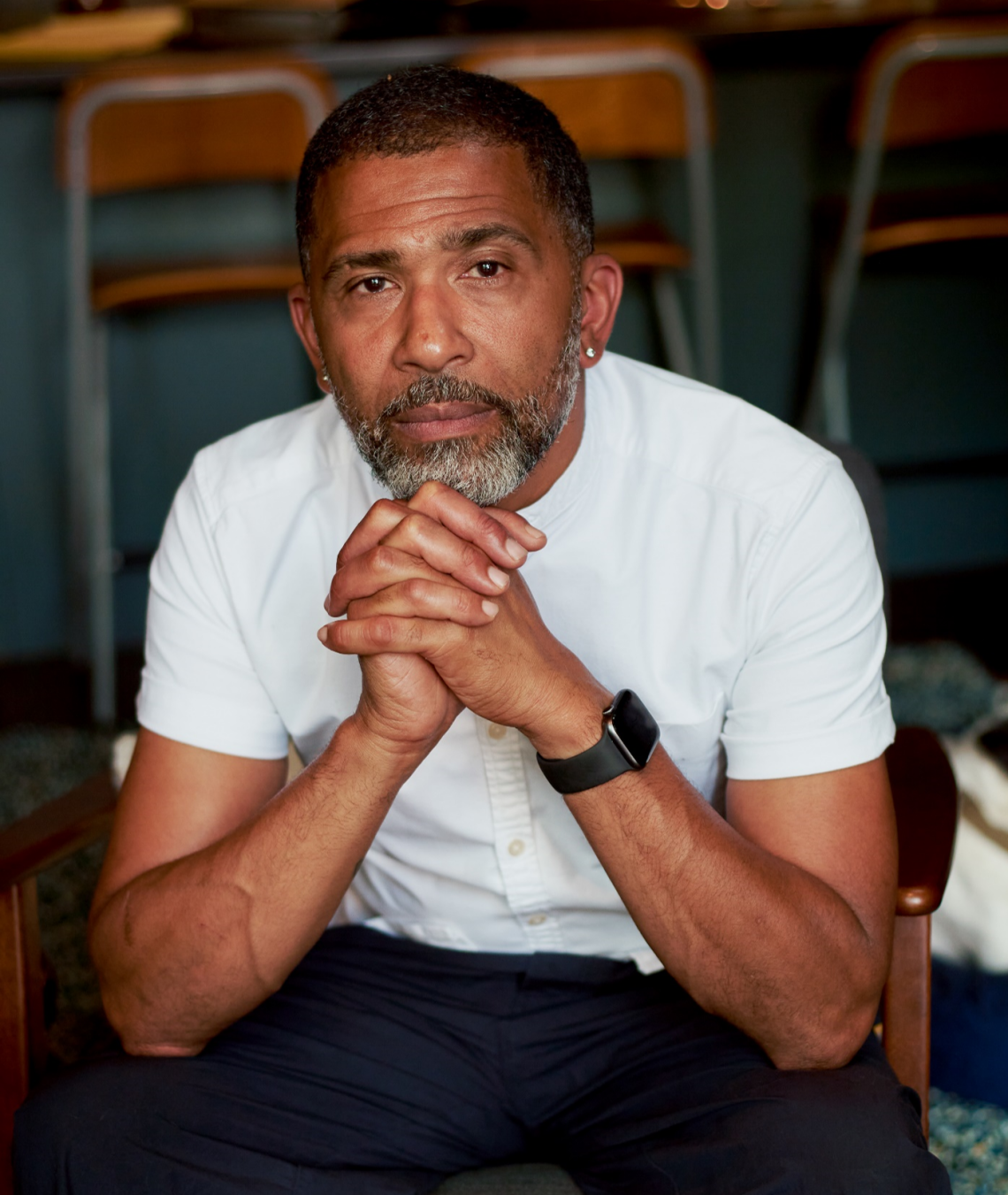 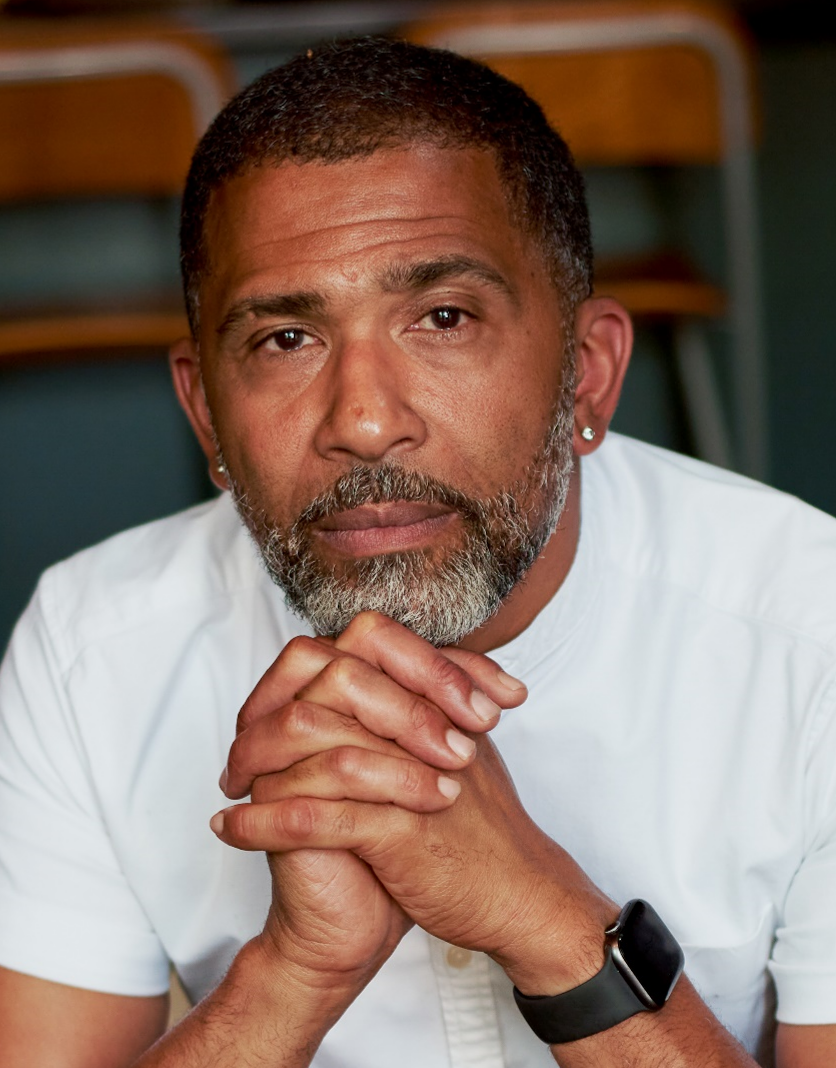 Marc Thompson is Director of The Love Tank, a charity promoting the health and wellbeing of underserved communities; co-founder of PrEPster, a group who educate and agitate for PrEP access, and creator of the podcast We Were Always Here which retells a history of the HIV movement from marginalised voices often excluded from the picture. He has been living with HIV since 1986.

You are one of the founding members of PrEPster, which has educated many on PrEP and mobilised an entire community. What led to PrEPster being founded and what changes have you seen since it started?

Will Nutland sent an email out to me and a couple of gay men who were activists in the field. We ended up talking about how gay men’s health promotion was really tired. We got together with Mags Portman [a doctor and pioneering sexual health campaigner who sadly passed away in 2019] and we decided that we would produce a website with the aim of providing up-to-date information about PrEP. So that's when our activism genes kicked in.  After we started putting resources out into the community, we began to get invited into the big meetings, where we became the radical boys who were able to shout a lot more than some of our partners. That created what I like to call a ‘smart activist movement’: there were folks like us on the ground who were telling the community to get angry, people like Greg Owen going out into the community and protesting, then organisations like National AIDS Trust and Terence Higgins Trust who could talk to the government and the NHS.

We knew it was predominantly white gay men over 35 who were able to navigate the system and buy PrEP online, which meant there was an inequality around access. One of the inequalities I observed early on was that most of the conversation was focused on gay men. It wasn't about anybody else at risk, and this is where we missed a trick. We were reinforcing a lot of the inequalities that have always existed around sexual health: Black and brown communities, trans communities, and women were all being left out. To counter this, when we did the first photoshoot for the website, we intentionally had trans men, Black gay men, Black trans women, non-binary people, and sex workers. But we see those same inequalities continuing to this day. There are still low levels of uptake and knowledge amongst women, younger people, migrant men and men whose first language isn't English. Even once they know about PrEP, there are still too many barriers in the way of these groups being able to access it.

Can you tell our readers a little bit about what it was like growing up as a gay Black man in the 80s?

I came out in 1985, right in the middle of the decade. I was 16 and I was born and raised in Brixton. The UK was a deeply homophobic country at the time, which was towards the beginning of the AIDS crisis. But I was incredibly fortunate. I found my community of Black gay men within a week of coming out. All my social spaces were Black and gay. I had a great time; there were lots of parties, lots of clubs, pubs, and spaces for me to explore. I was out most nights; I had lots of boyfriends, lots of sex, and I did all the things that a young gay man should be able to do, in spite of the shit show that was going on in the world. I always say that I was fortunate that I was able to find that, but that's not to say that I didn't experience racism in the gay community. Generally, the outside world was crap, which was why we created our own.

How do you think HIV stigma has changed over the years?

HIV stigma has changed over the years insofar as it is not screamed from newspaper headlines anymore. It's not as visceral or violent as it once was. It's gone quiet, but it still exists. And it plays out in very different ways. I think on an individual level, one can still experience HIV stigma in the workplace, in relationships or on dating apps online- it still exists and there is no escaping that. We know that it still exists in healthcare settings, too, which is terrible.

If we look at the NAT study that was done a couple of years ago, we can see that public attitudes have softened ever so slightly. But the one line I hear a lot is in reference to U=U. I can say to people that undetectable equals untransmissible and that I can't pass HIV on, and they respond ‘but are you taking your meds? How can I trust you're taking your meds?’. Well, mate, I'm taking my meds because I can’t stay alive if I don’t! My line has always been that I take my meds to become undetectable. The fact that I can have sex without condoms is a bonus. But I've been taking my meds since 2001 and we only found out U=U four years ago. So yes, stigma still exists, and there's no way around it because some people are idiots.

Can you speak on the inequalities you saw through the HIV/AIDS epidemic in the 80s/90s?

To begin with, HIV primarily affected gay men, which meant there was a lot of homophobia. The NHS and the media didn’t really know what to do with us, and it took the community to respond. But as the epidemic evolved, we started to see inequalities around gender and race. When more migrants, Black African people and women became affected, we began to see a real lack of services for those communities. Women had to create their own resources, so we saw the rise of organisations like Positively Women. Black organisations had to be created because the general organisations were not meeting their needs. I don't think it was an intentional exclusion; it was more like “well, we're all in this together, why do you have different needs?” Well, I’m Jamaican and I come from Brixton and you're white, and you come from Chelsea. The line was always ‘we're all gay’. But no, we're not just gay.

Despite those inequalities, in my experience our HIV care is exemplary. As a Black gay man, but someone who was born in Britain and speaks English as a first language, I haven't faced inequalities when it comes to HIV care. But I know that my migrant siblings and family (in the broadest possible sense) have done, and that those inequalities persist today. Late diagnosis is still a problem among Black African communities, and although we've seen drops in new HIV diagnoses across the board, we're not seeing them fall as quickly among migrants and queer men of colour. Also, I love NAT, but there's real inequity across the HIV sector, where the management and trustees are all white. I sat in a meeting last week with all the leaders, and they were all white. I thought ‘I’ve been doing this for 35 years...where are the people of colour at the top table?’ We often talk about inequity as being about, say, a Black African mother who’s living in poverty and hasn't got enough money to get to the clinic, but we're not talking about the fact that all the CEOs of HIV organisations, apart from the specifically Black ones, are white.

Yes, there definitely was a real sense of community. It's still here, but in a different way now. There's people who live with HIV who are very connected and interact with each other, and I think that's really good. But in 2022, because of the digital landscape that we inhabit, it’s harder for communities to form and to stay connected. In the 80s, and the 90s, the movement was very fixed and focused: we had an HIV epidemic, people were dying, nobody was doing anything, and we needed to respond. Whereas now in 2022, there are so many different things that we're fighting for. Is it Black Lives Matter and HIV? Is it the trans community, the Black trans community with HIV? Who do we focus on? Oh, shit, we've got no money to do any of it.

I think where the community should be united is in the fight against the systems that are in place that continue to oppress us all. And I don't think that we're united in that fight because we're all too scared of pissing off the status quo. Thirty years ago, our attitude was like, “you're not giving us any money anyway, so we might as well call you out.” Whereas now we sit down with politicians and all the rest of it, and we don't want to say “you don't really care about Black and Brown lives”, because we need their money.

What work needs to be done for and by the LGBT+ community to ensure HIV transmission reaches zero among marginalised communities?

I want our community to start understanding that we all live with HIV. We've been living with it for forty years, and it's not going anywhere until we all work together to get there. We need a community viral load which is undetectable, which means that none of us will get infected and none of us will pass HIV on. We need to redouble our efforts. I want to see a bit more loudness and a bit more activism and vocalisation about the fact that young men are getting HIV. It's not right that 35 years after I've been diagnosed, a young Black gay man, the same age as I was, will still get HIV. Somebody is failing. And I don't think that's the LGBT community alone, I think the HIV sector, the education and health sectors could all be doing more.

National AIDS Trust is working to stop HIV from standing in the way of health, dignity and equality, and to end new HIV transmissions. Our expertise, research and advocacy secure lasting change to the lives of people living with and at risk of HIV. Join us by donating today to help build a world where people living with HIV can live their fullest life possible