Why the infected blood enquiry matters 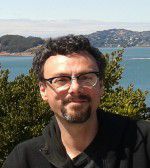 My name is Robert and I have HIV. That is probably a pretty common opening line for an NAT guest blogger, but my story is an old one that has come back into the news because of the infected blood inquiry. In the early 1980s I injected HIV into myself via a blood product as part of my treatment for haemophilia, although if I had known this at the time I would not have injected the product. In the early days of the AIDS epidemic, haemophilia was one of the 4 Hs, along with homosexuals, heroin users and, more bizarrely, Haitians. These were originally considered the high-risk groups although they dropped Haitians fairly quickly and added sex workers.

The infected blood inquiry is not just about HIV, it was set up to look at the infection of blood and blood products with a number of viruses, and the prion that causes vCJD (known as mad cow disease). The media and the wider population have in the past failed to understand the difference between blood transfusions and blood products and why blood products were so much more likely to infect a person. My body does not produce a protein that makes blood clot, which those people whose blood clots normally do produce. However because there is only a small amount of this protein in a pint of blood and not enough in a blood transfusion to treat me, the treatment has to be a blood product made from thousands of pints of blood. You take blood from tens of thousands of people and make a large batch of the blood product. The simplest way to understand the difference between blood and blood products is to think of them like milk and cheese, as cheese is really a milk product. A pint of milk comes from a single cow but it takes many pints of milk from many different cows to make a cheese. Similarly, blood from many different people is used to make blood products.  That means they took all the blood borne viruses from thousands of different people giving or selling blood and these went into the blood product. Without a system to prevent people with blood borne viruses from giving blood or something that cleans the blood product afterwards you just pass on the diseases and this is what happened.  Since the war it was known blood transfusions came with a risk of hepatitis and the majority of people infected with a virus through this route have hepatitis C or hepatitis B. This meant that many thousands of people were infected in the 1970s and 1980s with hepatitis C and some with hepatitis B as well. Basically everyone treated with my blood product, factor 8, up to 1986 got hepatitis C and some of us got HIV and/or hepatitis B on top. My treatment can now be made in a lab and so needs no human blood at all so there will not be any future risk of blood borne viruses.

The numbers of people infected with these hepatitis viruses is not known, indeed finding out how many were infected with hepatitis B and C is one of the tasks of the public inquiry. We know it was many thousands and includes all of those infected with HIV as well. Just over 1,200 people got HIV from blood products in the 1980s and a very small number from whole blood transfusions although there are only a few hundred of us still alive. Within a couple of years a method was introduced to destroy viruses in blood products and, as the window period for detecting HIV and hepatitis C reduced with better tests, infections through whole blood transfusions almost disappeared as well. In the late 1990s some people got vCJD through blood transfusions and so it became an issue for those of us with haemophilia using blood products. The prion that causes vCJD is not detectable in blood and it seems to get through the virus destroying process so I am considered by the Department of Health as ‘at risk’ for mad cow disease. This means that, although now people with HIV can join the register, I am still not allowed to be an organ donor.

Our infection through medical treatment for haemophilia caused the media to obsess about our ‘innocence’ in getting HIV and, even if they did not say it out loud, everyone could guess who the ‘guilty’ were. Though this description of people with haemophilia as ‘innocent victims’ was not used by the Haemophilia Society in their campaign for compensation at the time, many people with haemophilia used it about themselves. I hated it, I felt it was demeaning to us as it suggested we were pathetic people unable to control our own lives. Horrifically, calling some patients ‘innocent victims’ suggested everyone else with HIV deserved to die of AIDS, which was pure bigotry. However so forgotten is our story now that I am amazed if anyone links haemophilia with HIV, and the recent stigma index survey[1] did not even offer blood/blood products as a route of transmission. In one respect this shows how safe our blood and blood products have been for HIV since the late 1980s, and with only a few hundred people with haemophilia and HIV left alive, we make up less than a quarter of 1% of people with HIV in the UK.  However, the infected blood public inquiry into the infections from the 1970s and 1980s has put our story back in the news.

In the early days people in the HIV sector would ask me why the people with haemophilia did not get involved in HIV activism and one reason was simply numbers, there were only ever twelve hundred of us compared to thousands of gay men. Those infected were also predominantly male and heterosexual. Many were uncomfortable about going to what they saw as gay organisations for HIV support and, some were homophobic. There are a few types of haemophilia but the vast majority of people severely affected are male, for genetic reasons. Those of us who did get involved in the HIV sector usually found it hugely supportive and often a bit less staid; I don’t think anyone was ever found tied naked on a breakfast table after a night of bondage sex at a Haemophilia Society conference. Now though, lots of the guys who were involved around the country with different HIV groups have moved on to other types of work and many are dead.

The opening statements took place at the end of last year and it was a strange experience, the campaign for a public inquiry from the Haemophilia Society and campaigners has been going on for the whole of NAT’s existence, so it is a bit surreal that it has finally happened. I have also not been involved in any campaigning about haemophilia for more than ten years so not seen many of the people or thought much about these issues and the politics within this sector for a long time. That phrase ‘innocent victim’ came back and was used by all but two of the barristers representing the infected and affected and I am sure most people in the hall did not give it a second thought. Many of those people will not be actively homophobic they just will not realise what those words mean to those infected through other routes. We do not want to be pathetic, powerless victims waiting for someone to come and make our lives better; we want to know what happened and what can be learned from it so that nothing similar happens again in the future and so that if it does, society responds in a better way.

I hope the voices of widows and the bereaved will come out more strongly in the inquiry, having helped run a project recording the life stories of family members of people with haemophilia and HIV. The pain of those deaths of fathers, sons, brothers and cousins, alongside the shoddy way bereaved relatives were treated by the Government and the schemes set up to provide recompense should be exposed. I suspect though it will be too painful for many of them to be involved and having this story in the news, often decades after the person they knew and loved died, will just be deeply sad. THT have recently received a portion of money to offer support to those who were infected with HIV through blood products as well as their bereaved relatives so perhaps some people will be able to use their services for support.

Questions the Inquiry must answer

Inevitably politics is a major player in this history. Why were signs of problems with the treatment not seen as enough to change something? What pressure was there from pharma companies when their blood products were linked to AIDS? Why did England never become self-sufficient in blood products when it had been promised in the 1970s (Scotland was self-sufficient and consequently had a lower HIV infection rate)? Why did so many different funds or systems have to be set up to provide us with financial support (6 in total)? And why were the funds set up to support those infected and the bereaved so unhelpful for many of the people they were trying to support?

For those of us still alive things are massively improved in terms of treatments. HIV treatment is generally easy to take, hepatitis C treatments are so good at curing people that a treatment failure is a rarity worth studying, and my haemophilia treatment is synthetic so has no risk of blood borne viruses in it. However, we are also a lot older and haemophilia is not kind to the joints, and we all went through the decades of visceral stigma, and the horrible treatments for our viruses like anyone infected in the 1980s. The witness hearings begin with the testimonies of those infected, affected and the bereaved in May. I have no doubt there will be talk of the stigma toward people with HIV and the stigma felt by people with hepatitis C, but not much about how we might be contributing to those stigmas by using the phrase, ‘innocent victim.’