Tackling the shortfalls in HIV care in immigration detention 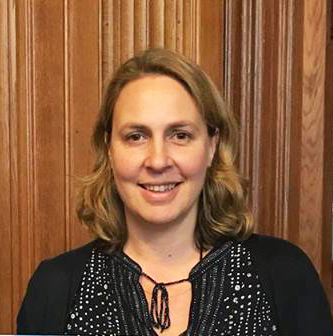 This follows hotly on from warnings given by the Home Affairs Select Committee yesterday that: “The Home Office has shown a shockingly cavalier attitude in its approach to immigration detention and overseen serious failings in almost every area of the immigration detention process”. Our new guidance can support better collaboration among on the ground staff, but the Home Office must also do their bit to address barriers to care.

The Committee raised a wide range of issues and failures around immigration detention. Among these are significant deficiencies in healthcare for people in detention which, by law, should be equivalent to the standard of care in the community.

From speaking with people held in detention and their clinicians, we know that these deficiencies impact delivery of HIV care. This is, of course, primarily important for the health of the person living with HIV, but it is also a broader public health matter - over half of the people held in immigration detention are released and become part of the general UK community.

Breaks in access to medicine, appointment cancellations, use of handcuffs during appointments and a lack of privacy from security escorts have all been reported. There have also been examples of people who have been detained when their health indicates that they should be admitted to hospital. Moreover, we have heard about a general culture of HIV-related stigma and breaches of confidentiality in immigration detention.

All of these incidents contravene Home Office policy and exacerbate physical and mental health issues.

This is an ongoing issue. In 2011 an investigation by Medical Justice found serious breaches of the guidance on healthcare provision in IRCs. Stephen Shaw, who has conducted independent investigations into the conditions in IRCs on behalf of the Home Office, has said that we are seeing some improvements in healthcare. But cases shared with NAT suggest there is still a long way to go.

Our guidance will support IRC staff to understand their responsibilities around HIV-related care, and aims to encourage strong, active relationships between IRCs and HIV services. The Home Office must act to ensure that IRCs can and do meet these obligations.

To this end, NAT supports the recommendations of the Home Affairs Select Committee, which include calls for the Home Office to appoint a qualified adviser on healthcare and to increase staffing levels in IRCs. We urge the Government to take heed of the Select Committee’s warnings and accept their recommendations. That would be a good start towards the changes we need to see in the delivery of HIV care in IRCs.

If people living with HIV must be held in immigration detention at all, it must at least be in a way that doesn’t compromise their health.

Immigration and asylum
Previous
Next