The People Vs The NHS – are we still fighting for PrEP? 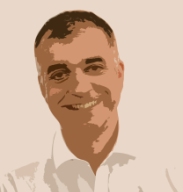 Do we have PrEP in England?  Well, yes and no. We have the PrEP Impact trial which currently has 10,000 places available for PrEP in sexual health clinics across the country. The study is being paid for by NHS England, which is a great step forward from where we were two years ago. Back then, the NHS were insisting that they didn’t have the powers to pay for PrEP. NAT had to take the NHS to court to convince them otherwise.

What’s happened since the court case?

Following our court victory the NHS announced two things – that in the longer term they are committed to the rolling out of PrEP across the country. But in the shorter term they would fund the PrEP Impact trial to gather more information on how PrEP should be implemented for use in the real world. This implementation study is meant to last for three years from late 2017 to 2020. But we’re only half way through 2018 and already more than 7,000 places have been filled. It is very obvious that there are not enough places on the trial to meet demand over a three-year period.

The demand for PrEP has mainly been among gay and bisexual men, and some clinics have filled up their allocation of places for this group. We know that some men have got HIV shortly after being turned away from the clinics when they were trying to access PrEP and take responsibility for their HIV risk. This is a direct result of the limited spaces in the trial, and it is completely unacceptable.

What needs to happen now?

What we need urgently is a PrEP national programme, with no caps on numbers, which means that PrEP is accessible to everyone who needs it wherever they are in the country.  We cannot wait until late 2020 for this to happen – people are getting HIV now because of needlessly limited access.

It looks likely that there will be an increase of numbers on the trial from 10,000 to 13,000, which is welcome and was a short-term solution originally proposed by NAT.  But the argument we made for 3,000 extra places was focussed on the need for more numbers on the trial in order to answer accurately its research questions. This boost will only provide temporary relief and we expect clinics again to be full and turning people away by the end of this year.

We need to make clear to the NHS that prevention is money well spent, and better than the high lifelong costs of treatment.  It is currently unclear when the patent on the drug used for PrEP will end but even if it lasts for its maximum duration, the NHS would only have to pay for one year of PrEP at patent prices if a PrEP national programme began next April. After one year, lower generic drug prices would massively reduce costs.

Our campaigning must also focus on local authorities. The NHS will pay only for the PrEP drug itself, but the actual service of clinical consultation, prescription, tests and follow-up will be paid for by local councils through sexual health clinic services. They also need, everywhere in the country, to commit to funding their share of the costs of a national PrEP programme, and to do so from next year. They have the key responsibility for public health, and supporting PrEP access is one of the most effective and impactful things they can do to promote public health in their communities.

We have to argue not just about the need for a PrEP programme without limits on numbers, but also one which successfully reaches the many people who are at risk of HIV and are not gay or bisexual men – women, trans people, heterosexual men.  Even within the gay community we are seeing too few younger and BME gay men trying to access PrEP despite significant HIV transmission in these groups. And the Impact trial has, with a few local exceptions, failed to recruit many people from these other key communities. PrEP provision has to be planned within wider HIV prevention; it has to be promoted; we need innovative ways to get the message out to people who are at risk but do not attend sexual health clinics where they might hear about PrEP.

What is NAT doing about it?

NAT remains at the forefront of this work. We will never let up, until PrEP is available for everyone who needs it. Our advocacy is ensuring that the number of trial places will be increased, and we are now working towards making sure a national programme is launched as soon as possible.

Will you help us make sure PrEP reaches everyone who needs it?

The court victory was a great result but it was the beginning of the story, not the end.

We have the power to reverse the HIV epidemic in this country. Will you help us continue to campaign for a national PrEP programme as soon as possible?

Donate to our work here.