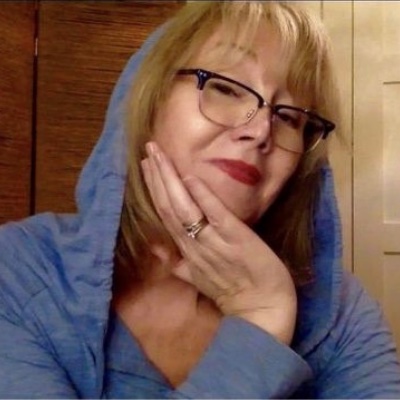 Michelle is the founder of CliniQ and Director of Holistic Wellbeing Services, with an overview of how its services work holistically, and she is the lead on CliniQ’s training programme. Michelle has been involved with sexual health, HIV & well-being for over 30 years. She is a member and director of IRGT: A Global Network of Trans Women advocating for trans issues in the international HIV response.

Trans people require access to PrEP for the same reasons anyone might – members of any community can be sexually active. It's important that trans and non-binary people have not only access, but information, and that providers of PrEP are knowledgeable enough to provide it.

Initially we thought that event-based PrEP (when you take it as and when) worked just as well, but now we are recommending that people use it on a daily basis. That doesn't mean to say people can't take a break from it if they’re not sexually active for a while. But it's important to take it every day and this is especially true for trans people, because some research has found potential interactions between PrEP and certain hormones, and this can be mitigated by taking it daily.

PrEP isn’t just important for the trans community, it’s important for everyone. But unfortunately, trans people do face unique barriers when it comes to access. For example, we still often get people referred to CliniQ from other services to access PrEP, having been told ‘oh, well if you’re a trans person then you’d better visit a trans-specific service.’ But actually, we know this isn’t at all necessary. If you are providing PrEP as a service, then you can provide it for any trans person who wants it: as long as you’re following the correct procedures and doing an HIV test, then it's fine. Obviously, if trans people would rather come to CliniQ, that's not a problem, but why make it more difficult? It just makes it harder for trans people to access PrEP in their local areas, which acts as a barrier. Happily, it’s only a few clinics who are doing this. Most of them realise by now that it’s not necessary.

Trans people don’t just experience barriers when accessing PrEP, but when accessing healthcare in general. For a start, if you visit a service where there’s no visibility for you when you’re registering, and you’re just offered a binary choice between cis man and cis woman (although it will just say say ‘man’ or ‘woman'), that can be off-putting. What we do at CliniQ is offer people more choices when they’re registering, so that they’re able to see something of themselves in the process. We provide people with the option of registering as ‘male’, ‘female’, ‘trans woman,’ ‘trans man’, ‘non-binary’ or whatever it may be. A number of other organisations are doing this now, and it’s an important way of being trans-inclusive. No one is trying to erase the categories of male and female; instead, it’s about inclusion for everyone.

There are also barriers involving terminology, with trans people often finding themselves misgendered in medical settings. Anxieties about this happening, coupled with a lack of awareness of terminology from practitioners, can exclude trans people from accessing healthcare. When you present to a health service and they find out you’re trans, you are often subjected to personal questions which are absolutely not necessary. It can be very intrusive, and it’s often down to a lack of awareness among some healthcare providers – it might be that they simply don’t know how to engage with trans people on a person-to-person level.

Barriers to accessing PrEP are symptomatic of these larger problems, which you find across the board. It’s systemic. We also know from research that LGBT people are more likely to have poorer physical and mental health due to homophobia and transphobia (both in society-at-large and within healthcare settings). Trans people are disproportionately impacted by these forms of discrimination. Obviously, a lot of trans people are confident in navigating these systems and asserting their needs, but there are also many who don't feel comfortable speaking up, which puts them in a vulnerable position.

But I also want to look at the positives: there are lots of trans people who are aware of PrEP.  The work we’ve all done, not just at CliniQ but across the sector, has reached a lot of people. Ever since the early trials, there has been a concerted effort to bring PrEP to trans people, and this has been at least partly successful. But there is still work to be done in ensuring that PrEP is accessible to everyone who would benefit from it. It’s great that so many cis gay men are taking it now, but we need to keep getting the message out that it’s available for other demographics too. We are working closely with gay organisations, and we recently worked with Prepster, helmed by Will Nutland and Marc Thompson, on some of our recent fliers, which went down very well.

I’ve been part of the HIV sector for around thirty years, long before it was known as a ‘sector’, and we speak to each other a lot. I think it’s important that we keep doing that; there’s a real value in coming together and sharing the latest information. But how do we reach people who aren’t engaged in that world? I don’t have the answer. An advert on television that lots of people see? Someone on Eastenders announcing they’ve started taking PrEP? They did something similar in the early days of the epidemic, when a character called Mark Fowler was diagnosed with HIV. We need something like that, something big that lots of people will see. Obviously, that would cost a lot of money, and it’s clear that we need to continue investing in further awareness. In terms of trans people, these efforts need to be taking place both within and outside the community. It’s extremely important for trans people to speak to one another, using our own language, but we also need support from cis-led organisations.