PrEP is about more than condom-less sex 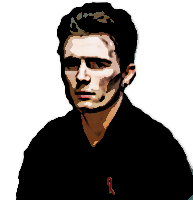 Last year saw a record number of gay and bisexual men diagnosed with HIV in the UK. 1 in 17 gay men aged 15-59 are now living with HIV, rising to 1 in 8 in London. This compares to 1 in 360 of the UK population as a whole.

PrEP, for those who haven’t already heard, is Pre-exposure Prophylaxis treatment and involves HIV negative people taking an antiretroviral drug so as to avoid getting HIV.

Results released this week by the Medical Research Council Clinical Trials Unit (MRC CTU) and Public Health England not only reiterate that PrEP works, but show that concerns about it not working in a real world setting, where participants are most at risk and know that they are taking the real deal and not a placebo, were unfounded.

The results released at the Conference on Retroviruses and Opportunistic Infections (CROI) held this week in Washington were better than anyone would have predicted, reducing the risk of infection by 86%. In reality, even this figure is likely to be a conservative estimate of PrEP’s effectiveness. The authors of the study suspect that one person may have acquired HIV before the trial and that the other two participants were likely to have not been adhering to PrEP at the time of sero-conversion.

Access to PrEP is now considered by many a ‘game-changer’; one of the greatest opportunities that exists for the gay community to combat the HIV epidemic.

When HIV among young gay men has doubled in the past 10 years, reducing the calls for access to PrEP into a debate about the NHS “paying £420 a month so that gay men don’t have to wear condoms” is damaging and not helpful for understanding such a complex issue.

Condom use remains a core strategy in HIV prevention, but it does not work for everyone, in every situation. Turning this into a moral issue about personal responsibility will not reduce the spread of the HIV epidemic, empowering people to take control of their HIV risk with a range of tools will.

That aside, there is no evidence to suggest that being on PrEP changes sexual risk behaviours. In fact, the PrOUD study found no difference in the number of STI’s across the groups participating in the study (The immediate group who were taking PrEP and the deferred group who were not) suggesting that this should not be a big concern.

In addition, the cost effectiveness of PrEP when compared to the estimated lifetime cost of treating somebody living with HIV (£280,000 - £360,000) is obvious. PrEP would only be prescribed to those at the highest risk of HIV (an estimated quarter of gay men) and would be offered as a seasonal treatment for periods in a person’s life then they are most likely to be having risky sex. In addition to this, Truvada, the branded drug used in the trial produced by Gilead comes off patent in 2018 meaning that cheaper generic alternatives will soon become available.

A community statement on PrEP access has been signed by over 1300 people, you can find it here: http://www.prepaccess.org.uk/