World-leading on treatment, trailing on prevention – what the new HIV stats tell us 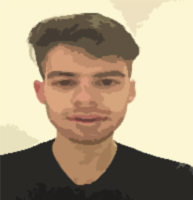 Recently-released official statistics show that last year, there were just over 85,000 people accessing HIV treatment and care in the UK. Almost all (91%) of this group were on antiretroviral treatment (ART) and 95% of those on ART had achieved ‘viral suppression’ – this means HIV can no longer be detected in their blood and they can consider themselves ‘non-infectious’.

So what to conclude from this new, up-to-date picture of HIV in the UK? In terms of treatment, we are doing really well and have already achieved two of UNAIDS ’90-90-90’ goals with over 90% of diagnosed HIV positive people on treatment and 90% of those on treatment achieving viral suppression.

However, the new diagnoses figures actually show a more complicated picture.  In 2014 there were 6,151 new HIV diagnoses in the UK, including the highest number of gay and bisexual men on record at 3,360.

Alongside this, with an estimated 25% of people living with HIV yet to be diagnosed, we are still a long way off the UNAIDS’ final ‘90’ (90% of everyone living with HIV knows their status).  And with two out of five diagnoses in 2014 being considered ‘late’, we are still doing something wrong when it comes to getting people into the excellent care that is available.

But ultimately, new diagnoses – and a record number among gay and bisexual men – tell us that we have a long way to go in preventing HIV amongst most-affected groups.   Why, then, are we still waiting on the NHS to decide if and when we can have PrEP? As one of the most successful prevention methods on the market today, PrEP is vital to the defeat of HIV. It stands for Pre-Exposure Prophylaxis and is a pill taken once a day, which when taken correctly virtually eliminates the changes of getting HIV.

Of course condom use is still recommended to ensure other STIs aren’t transmitted. But although gay men’s condom use is very high, it’s not 100%, PrEP would remove the fear and anxiety of getting HIV that a lot of gay men face, and would give couples comfort and peace of mind.

To picture how this might work, a good example is San Francisco. The city has made a huge dent in HIV diagnoses over the last three years. Since 2012 when PrEP was introduced, new HIV diagnoses have dropped 30 percent. It’s been available in most of the US since 2012, yet is still not offered in the UK. Instead of failing to reduce the number of people getting HIV, we too could be experiencing a reduction if this additional prevention method was accessible. The UK has made great progress in making ART available to treat HIV for nearly everyone who’s living with it. But this success is being undermined by continuing high levels of new diagnoses. By not offering PrEP to those who need it, the UK is failing all those most at risk of HIV.