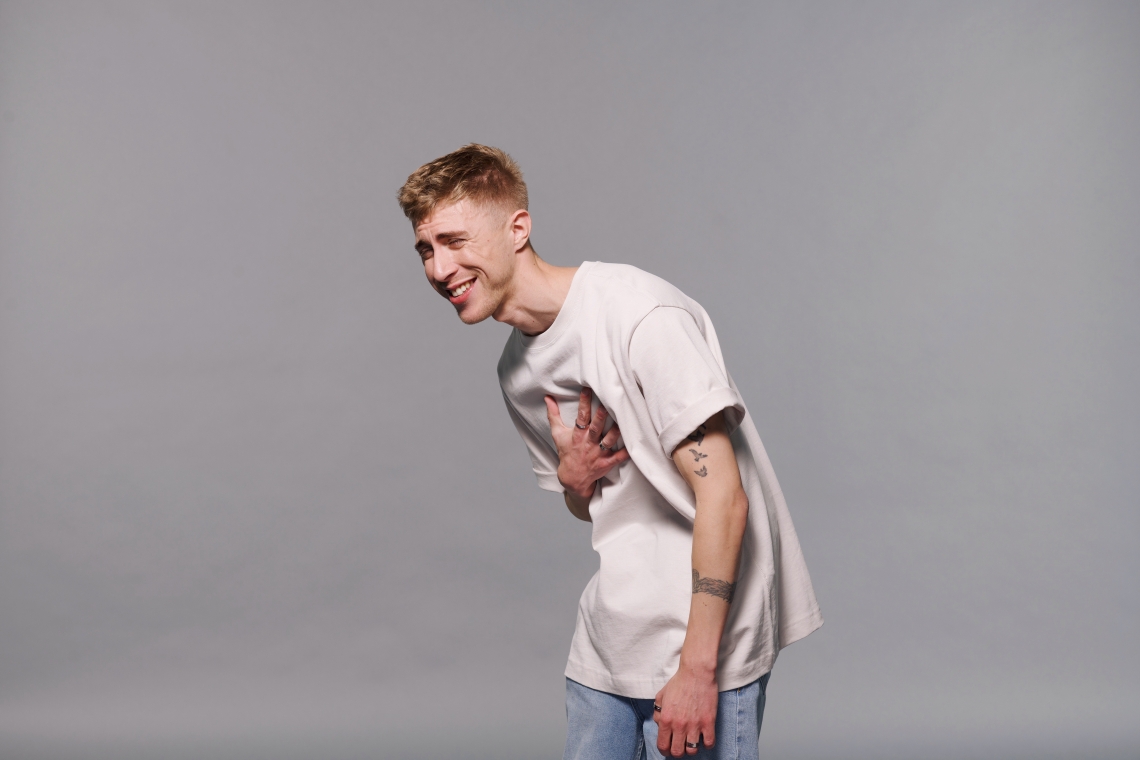 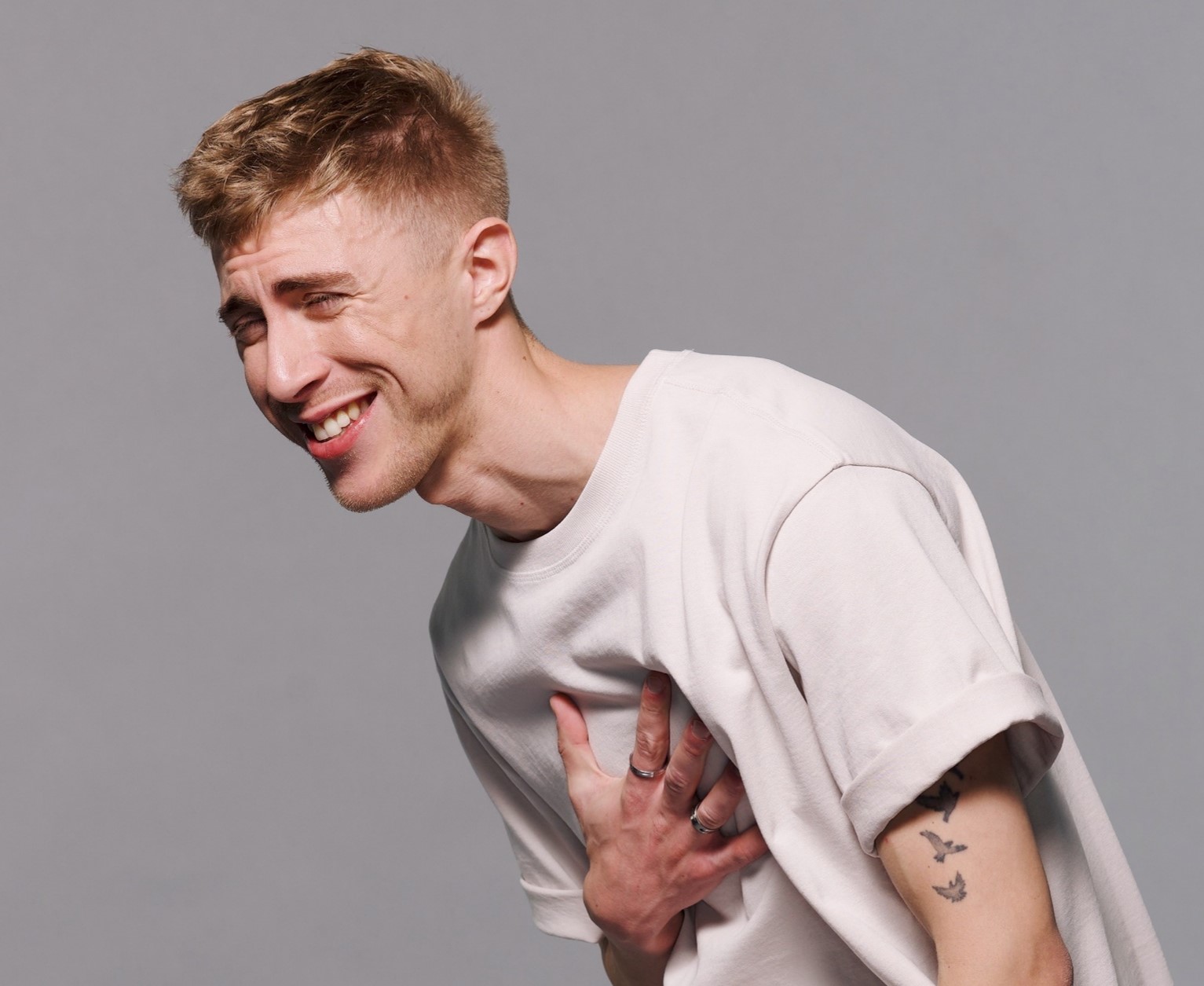 Jay Hawkridge is a HIV campaigner, a writer, vlogger and social media influencer who uses his platform to raise awareness about HIV and challenge stigma.

You have a successful TikTok following where you raise awareness of what it’s like to live with HIV. What are the common misconceptions you see from people and what do you think are the best tactics for tackling those? Do you think there’s still a lot of stigma and misconceptions among young people on social media?

When I talk about how I can live a happy, long, and healthy life, some people insinuate that time is running out for me, my situation will be completely different in ten years and I should enjoy feeling good while it lasts. What they don’t understand is that I’m on medication and the medication is working. I get a lot of people who don't really believe me when I say that a) I can’t transmit HIV or b) the medication is durable and will keep me healthy. A lot of people hear HIV and instantly think of you as untrustworthy and reckless: ‘Of course you're not going to stick to medication because you got yourself into this situation in the first place’. People think that if you have HIV, you inherently can’t be trusted to look after yourself.

It’s a really tough thing to put yourself out there with something so vulnerable, but if you are going to be public about it it’s sadly inevitable that you’re going to get this stick. You have to develop a thick skin, and for me one of the best things I’ve done has been a) limiting my screen time and b) surrounding myself with people in real life who appreciate me.

How do you think the common narratives around HIV in popular culture influenced how you felt when you were diagnosed? What narratives would you like to see more of?

In all honesty, I barely had any knowledge of HIV before I was diagnosed. I was diagnosed back in September 2019, before It's A Sin, before I’d watched Pose, before a few of the big cultural events that have happened in the last couple of years. I come from a really rural upbringing, and I didn’t have many friends in the LGBTQ+ community. I had no real reason to believe that HIV was something I needed to be thinking about or protecting myself from. So when I was diagnosed, it was a massive shock. Because I thought, ‘wait, what, this is still around?’ I’d never heard anyone in my life mention it. So it was really hard for me to grasp at first.

But since then there’s been quite a few big TV programs, campaigns and public figures who have really made a difference in HIV education. Going forward, we need to be more focused on engaging young people, particularly people who might have never realised that they’re at risk of contracting HIV. A lot of the feedback I get online is from people saying, “I'm a straight man, so this doesn't matter to me’ or ‘I’m a woman, so luckily I don't have to worry about this’. So many people don't want to listen because they're convinced it's not about them. But the whole point is that it can happen to you. It’s a virus, it doesn't choose who it’s going to affect.

What is the online space like for people living with HIV? Do you feel like you’ve found a community there?

In all honesty, I haven't really found much of a community online yet. Since I became public with my status, I found out that a couple of my friends, who I’d known for years, had been diagnosed with HIV but not told anyone. I think it’s really intimidating for people to put themselves out there with such a vulnerable thing. Even today, with social media and all these resources where you can meet other people living with HIV, it’s impossible to ignore the stigma we face. So I think for a lot of people it just seems easier to deal with it on your own and not invite in all that abuse and harassment.

I think the biggest piece of advice I’d give to someone who is single is just to take whatever time you need. The dating game will still be there once you’re back but you don’t want to be dating if you're not ready. I’d also recommend first ensuring that you are undetectable or in control of your status. You need to be in the right headspace: it's something that completely blindsided me and really made me reassess what I was looking for in dating.

By the time that I was ready to date, I’d already put my status on social media and already talked about it publicly. Being so open about my status means I don't really worry about a partner reacting badly, because if they weren’t comfortable with it - or had any concerns or questions - that would be the first thing that comes up. That said, there have been a couple of times where I’ve ended up chatting with people who haven’t known my status, and I generally just drop it into conversation casually, linking it to my career. I think the most important thing when it comes to dating is confidence; being comfortable, happy, and fully accepting of your status.

What work needs to be done for and by the LGBT+ community to ensure HIV transmission reaches zero?

It’s difficult because even in this community we don’t all have a baseline level of education. I think all LGBT+ spaces should have some kind of signpost available to places where people can access information. People often say to me online, “‘Well, how could you not know about HIV? How could you not know about PrEP?’ I get a lot of people assuming I was incredibly ignorant and naive, but we never learned about HIV in school, we never learned about it at uni – it’s hard to safeguard yourself against something if you don’t know it exists. This is why I think it's really important to raise our voices as much as possible.

National AIDS Trust is working to stop HIV from standing in the way of health, dignity and equality, and to end new HIV transmissions. Our expertise, research and advocacy secure lasting change to the lives of people living with and at risk of HIV. Join us by donating today to help build a world where people living with HIV can live their fullest life possible.