Issues we work on 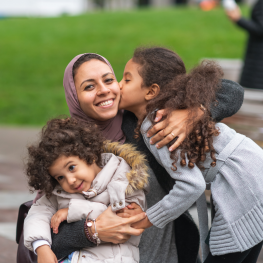 Migrants and asylum seekers are often marginalised in the UK and hostile immigration policy forces many into destitution and stops them from being able to access the healthcare they need. Migrant populations in the UK are disproportionately affected by HIV. Many acquire HIV after arrival in the UK and migrants living with HIV are more likely to be diagnosed late. Asylum seekers detained in immigration removal centres also frequently become more ill as a direct result of detention.

National AIDS Trust challenges unfair policies which have a negative impact on the health of people living with HIV or that out people at greater risk. We work with partners to defend the rights of migrants in the UK. We make key groups aware of their entitlement to HIV treatment on the NHS; we campaign for effective implementation of universal treatment and for people arriving in the UK to have fast access to HIV testing and treatment.

Check out our latest resources on this topic below:

The Home Office is failing people living with HIV in Immigration Removal Centre
By Tamara Manuel People held in immigration detention in the UK are entitled to the same level of healthcare and...

What does the AM (Zimbabwe) case mean for people living with HIV at risk of removal?
Briefing paper by Zehrah Hasan (Garden Court Chambers) and National AIDS Trust

Briefing paper AM Zimbabwe.pdf
HIV and migration: Understanding the barriers faced by people born abroad living with HIV in the UK

I still don't know if I will be forced to return to Nigeria
"My landlady was putting on a lot of pressure to pay my rent, which I...
Partner leaving forced me abroad
"Him leaving me led to them curtailing my Leave to Remain." A lot has happened...
Immigration confusion
"Social services were tossing me around." My immigration status was uncertain then. It was 1998...

You may also find the following websites helpful: