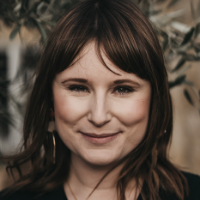 Forty years after the first cases of HIV-related illnesses and deaths, knowledge and understanding of HIV among the public is often patchy and confused and significant levels of stigma and discrimination remain.

These are the disappointing findings of our new attitudinal research about HIV published yesterday.

Commissioned by Fast-Track Cities London and conducted in partnership with research agency BritainThinks, this is the first research of its kind since 2014 and the biggest ever. We surveyed over 3,000 people and conducted six focus groups in the UK to find out what people know and think about HIV.

Many respondents told us they were confused about how HIV is transmitted, the developments in treatment, and what this means for HIV and people living with the condition in 2021. This confusion seems directly linked (although is not the only factor) to a lack of comfort and confidence about HIV – and this comes through in terms of openness to potential relationships with people living with HIV.

However, there is good news. Respondents often recognised the gaps in their own knowledge about HIV; they want to learn more about HIV and to support people living with HIV, including through Government policy protecting their rights.

National AIDS Trust, along with our partners, allies, friends and Government, has a responsibility to take these opportunities and to act now to change things. It’s simply not ok that more than a third of people incorrectly think you can acquire HIV from biting, and 1 in 5 think you can through kissing.

It’s even worse these myths have been perpetuated by confused messages from public services like the police and even parts of healthcare about risk from spitting and biting. Only 16% of people told researchers they knew if someone is on effective treatment, they can’t pass HIV on and can also expect to live a long and healthy life, just like anyone else.

We need to give a fuller picture of HIV rather than the mixed one of myths and facts from past and present that seem to have left people muddled. In the words of our friend and fellow HIV rights campaigner Marc Thompson, speaking at the launch of the report, we must all “step up our game!”.

This needs to be part of, but not limited to, stronger information targeting a wider public than we’ve seen in recent years. People living with HIV, with their many and varied lives and experiences, must be front and centre in order for this to be truly effective at breaking down the barriers HIV puts between people. The Government must take notice of this data and embed learning from it into its upcoming HIV Action Plan if it wants to end new cases of HIV by 2030. The public need to understand HIV as it is in 2021, and not 1981.