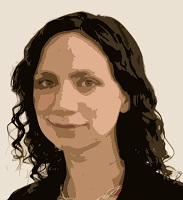 To celebrate the pleasure principle theme for this year’s sexual health week, Eleanor Briggs looks at the role of pornography for young gay men.

We‘re all familiar with the discussion around pornography and its impact on young people. But one storyline’s been missing from the mainstream debate. This was highlighted by our Boys Who Like Boys survey of over 1000 14-19 year old young gay men, which found that pornography is the most common source of information about enjoyable sex for young gay men.

Young heterosexual people are surrounded by images of sex and pleasure – in films, music videos, magazines, everywhere. The same can’t be said for young gay men. Although there is a welcome increase in visibility for LGBT people, depictions of gay sex are not the norm. The results of our survey suggest that in this environment, for some young gay men pornography is helpful in providing positive images of same-sex relationships that are not available elsewhere.

Certainly at the moment, most schools are not filling that gap. Our survey found that 3/4s of young gay men had been given no information about same sex relationships. That has to change. We are calling for a transformation in Sex and Relationships Education; for schools to teach about all types of relationships and to talk about all aspects of sex. Of course, information on sexual health and safer sex is key, but it has to be within the context of sex as a positive, enjoyable thing. Unless schools start getting it right and taking a sex positive approach, it is unlikely that the role of porn as educator is going to change.