Why we must normalise HIV testing for all 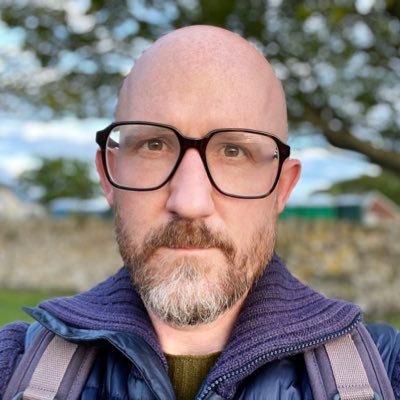 For many years now we’ve had the suggestion indicator conditions are a good way to identify people at risk of HIV infection. Perhaps in the same way we used to use sexual histories to identify those ‘at risk’? The latter did not work, especially in gay and bisexual men, and a move towards more blanket (‘opt-out’) testing was adopted.

What about in pregnant women? In the same way, where opt-in testing had limited effectiveness, ‘opt-out’ testing led to some of the best outcomes in the world in the UK for pregnant women living with HIV. Testing was normalised in this group, the simple approach being to say to a patient, “we are testing for viruses in the blood, including HIV. Knowing about these will help us protect you and your baby”. Very few women opted out and, indeed, those who did have been shown to be at higher risk of HIV infection.

When patients are asked if they’ve ever had an HIV test many will respond their GP did blood tests and they’re sure HIV must’ve been checked then. Most often they are incorrect. In fact, opt-in HIV testing can reinforce assumptions and stigma.

The real reason the indicator conditions approach was taken in lower HIV prevalence areas or populations is one of cost. The utility of a simple approach to testing the UK population has led to concerns of eating precious NHS funds. Is cost-effectiveness really the right marker for deciding whether to invest in this public health approach?

For starters, we know we were one of the first countries in the world to achieve, and exceed, the UNAIDS 90:90:90 targets. In populations such as men who have sex with men – at least those who are white, with agency, and living in urban areas – we have seen dramatic reductions in HIV diagnoses due to the introduction of bespoke service, regular testing, better understanding of the undetectable equals untransmittable message, protective effect of ART on onward transmission, and access HIV prevention drug PrEP (albeit notably delayed via the NHS in England).

In other populations, and not far away from central London, we continue to see the consequences of late HIV diagnosis. In 2021, we have people admitted to our ward at the Royal Free Hospital with AIDS-defining conditions. Often they are heterosexual, often they are not white, often they have never seen a prevention message which they felt was for them. Nor have they been offered an HIV test at their GP, when they came to different outpatient appointments, before the COVID-19 pandemic, or when they came to A&E after a fall.

Our healthcare colleagues are busy. It’s not their fault, they have many competing demands and pressures and discussing HIV often feels like another thing to do which may not be within their remit. This is precisely why embedding it as routine, every time someone has blood taken and every time someone presents with an indicator condition, removes the need to discuss it, exceptionalise, or risk assess. It removes the stigma associated with HIV testing. When everyone has been tested, what’s the issue? Furthermore, not only does it benefit the person being tested, but it also takes us one step closer to achieving 100:100:100. No more new HIV transmissions by 2030. Once this is achieved we can review our approach, perhaps reduce spending on HIV testing, in all settings.

For now there is inequity as we’re not reaching or offering the same level of service to all people affected by HIV. The cost of testing has come down, and batch testing approaches can be considered to further minimise costs. It’s high time we revised our approach to HIV testing to ensure, truly, no one is left behind, and to continue to excel in the UK in HIV testing, prevention, treatment, and engagement into HIV care for those living with the condition.

He was a member of National AIDS Trust’s advisory group for our HIV indicator conditions good practice guide HIV testing is everyone’s business.