"When I was diagnosed with HIV, it didn't have that name yet" - speaking to Maurice Greenham on 40th anniversary of AIDS 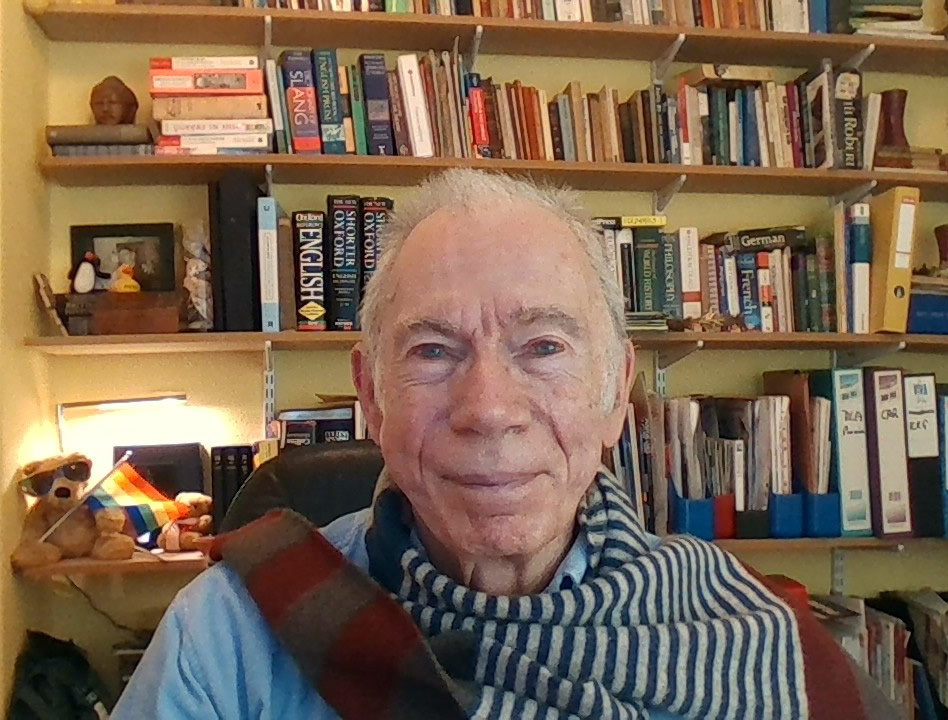 1. Tell us a bit about yourself.

I am currently 79 and ¾ but hope to celebrate my 80th birthday in September. Although I wasn’t born here, I have chosen Stoke on Trent as my home. I’m supposed to be retired but find I am working (mainly unpaid) just as hard as when I was in full-time employment in education.

2. Saturday 5 June 2021 marks the 40th anniversary of the discovery of what we now know were deaths from AIDS-related illnesses. What are your earliest memories of the HIV and AIDS crisis here in the UK?

My earliest memories of the HIV and AIDS crisis in the UK came from mainstream media TV, radio, newspapers. All carried horrific reports of a mysterious illness mainly affecting young, fit gay men in America. There were stories of a ‘gay plague’, ‘gay cancer’ and ‘Gay Related Immune Deficiency’, known as GRID. There were lots of distressing pictures showed skeletal young men looking like holocaust victims. It was shocking. At the time I was living in Biddulph and working as a lecturer in further education.

3. You were diagnosed with HIV in 1984. What was this time like for you and others?

When I was diagnosed with what we now call HIV, the virus still didn’t have its current name. On a trip to America with my boyfriend we’d picked up sexually transmitted infections. Penicillin shots didn’t quite clear them up so back home, we went to the local GUM clinic where, unknowingly, we were tested for HTLV lll. My partner’s test was negative, mine was positive. I was devasted I thought it was the end. Dramatically, I thought there’s no need to tell anyone, the disease will speak for itself. The disease kept silent. I was asymptomatic for almost 10 years. I told only those who needed to know about my status and kept my head down about it with everyone else. Those were not easy times. Stigma and discrimination were rife fuelled by a hostile press that at times boarded on hysteria about the ‘gay plague’.

I was fortunate to have truly supportive friends and family. When the disease finally spoke out in 1994 it was like being diagnosed positive all over again – only this time it really was a death sentence. No one at that time was expected to survive long after an AIDS diagnosis. I was given six months to live. Family members and friends came to see me in hospital and supported me through the lowest period in my life.

4. How has music influenced your life, especially after your diagnosis?

Music’s always been an important part of my life. By chance, shortly after my AIDS diagnosis, I was introduced to the parish priest of small Anglican Church. I asked if I could have a go on the organ and proceeded to play a few hymn tunes. “Oh,” said Father Brian, “you can play. Would you like to be our organist?” and that’s how I became its longest serving organist. I officially retired after 25 years in 2019.

Being a member of mixed voice choir with a demanding director was a life saver. I remember having to drag myself along to rehearsals… and I always came out afterwards with a spring in my step and a renewed sense of purpose.

5. HIV has changed so significantly since the early days, in no small part due to the activism and campaigning of so many people living with HIV. What memories stand out for you of people coming together and making positive change?

My first memory is the massive impact Princess Diana had when she shook hands and hugged people on AIDS wards in London. My own personal highlight was winning a complaint against the Daily Mail and its then editor Paul Dacre for a sensationalist piece of journalism that was full of inaccuracies. I’m sure the backing of National AIDS Trust and CHIVA helped - not many people can claim victory against Paul Dacre!

The most appalling reaction I recall was from the Chief Constable of Manchester James Anderton, who accused the city's gay population in 1987 of "swirling around in a human cesspit of their own making”.

6. Some would say HIV has fallen out of public view over the years, as it’s changed from a death sentence to a manageable long-term condition. What do you think?

I’m sure that was true until Russell T Davies released “It’s a Sin” on the world. In the show people got a chance to see what it really was like back in the day, the sort of overt stigma, fear and discrimination young gay men – because it was young gay men in that time – experienced. They got it from their families, doctors and nurses, the police, and the media. It was everywhere.

7. What are your hopes for HIV policy and campaigns next? What changes would you like to see in the future?

I would hope to see an end to HIV and AIDS. With current effective treatment; PrEP; and campaigns like U=U it ought to be possible. We’ve come a long way, let’s keep on going until we end new cases of HIV by 2030.