What we need to know about ‘knowingly’ 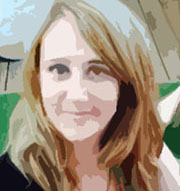 There have been a number of reports of on an HIV criminalisation case in the media this week, describing the man involved as ‘knowingly’ infecting his then girlfriend.

The term knowingly when it comes to HIV transmission is can be confused and misleading. HIV is actually very hard to transmit; once someone has passed the primary infection stage (the first few weeks of infection when someone's viral load is high and most transmissions occur) the risk from unprotected vaginal sex is estimated at 0.06%.  This is without taking into consideration factors like using treatment to achieve an undetectable viral load, at which point it is virtually impossible to pass on HIV even when not using a condom.

So it is actually not possible for someone to ‘know’ they are transmitting HIV to an HIV negative partner, even when not using condoms.

No-one has ever been charged with intentional transmission in the UK. So media reports about prosecutions in the UK have always to date been reporting cases of reckless transmission. To use the term ‘knowingly’ in relation to such cases can wrongly imply that the person has intentionally and wilfully given someone HIV. This feeds into the stigma and fear directed at people living with HIV. Almost all people living with HIV have no interest in giving it to anyone else – this includes people found guilty of ‘reckless transmission’. So next time you read an article claiming that someone knowingly gave someone else HIV, think about whether this is actually a true and plausible claim – and you might even want to challenge it!

*In Scotland it is also possible to be charged for ‘exposing’ someone to HIV. More info here.

Criminalisation of HIV
Previous
Next