We need to correctly identify trans people in the health system 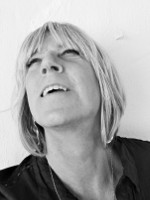 To mark International Transgender Day of Visibility and the launch of NAT’s new report Trans* people and HIV, writer and campaigner Juno Roche reflects on the barriers to good care for trans people living with HIV.

I have been HIV positive for 25 years. I understand first-hand the risk framework that society places me within. I still face blank walls in terms of my care as a woman who happens to be trans and who happens to be HIV positive. For around ten years I was deemed a man who slept with men in the system because, despite my having 'fully transitioned' and my having had gender realignment surgery, there was no mechanism for changing my details. I had to push hard to be correctly identified.

That simple step of putting mechanisms in place for people’s gender to be correctly recorded in healthcare systems will do far more than platitudes on this day.

Affording and cementing visibility also needs to happen on the other 364 days of the year not defined as the Transgender Day of Visibility. As wonderfully celebratory and vital as the day is, it is through the ongoing work of structural and systemic reform that we will create the environment where trans people can be safely and productively visible and present throughout their lives, however they wish to define themselves.

Often we are given strict codes and rules about when and if we become authentic and recently 'real', these codes and rules are often formed from misunderstanding and misinformation about trans lives. Still most people do not know a trans person as a living breathing entity within their social or family circle.

We remain largely unknown and reductively presented through scant data and research. It is estimated that approximately 19% of all trans women worldwide are HIV positive, yet a tiny amount of all research funding has been historically targeted at investigating this stain on all our endeavours. In effect that summarises our worth to society at large. It is, by any other name, institutional transphobia. That statistic, 19%, is largely useless if applied as a worldwide statistic. Imagine using only one marker for say, all cis women, yet people define trans women as having the same risk across the board: we become a homogenised block. That does no justice to the long-term scaffolding of research and development funds or structural systemic development. We still do not yet fully collect two step gender identity data at sexual health care centres, GUM clinics or other NHS spaces; we ask people how they define now, but not if that definition differs from an applied birth identification. That matters terribly if we are to build local pictures of need and allocate accordingly. It has become all too easy to place trans women as being at the pinnacle of risk without first carrying out the research to define that risk. I suspect that we are, historically and contemporarily, at far greater risk as we exist at margins that are often ignored and underfunded. Our place within a healthcare system that often mistreats and disrespects our autonomy is at best fragile and at worst non-existent.

We need numbers, facts and figures to support our suspicions and anecdotal evidence to create, if not irrefutable evidence then at least a solid local picture.

I am incredibly proud and buoyed by the fact that work is really starting to happen, research projects developed purely for the trans community and often by the trans community are taking shape and will bring streams of evidence over the next couple of years but now I implore all clinics and all practitioners to build their respective data bases which, at the very least, will begin to give a sense of HIV prevalence in trans communities. On this day of visibility let us strive to make visible the people who may very well be incredibly vulnerable and at risk, while being let down by a system which hasn't yet established even the basic structures to embed their healthcare within an equitable framework.