Pressing for progress for women and HIV 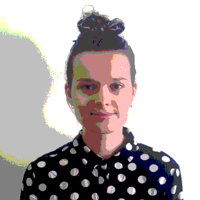 International Women’s Day (8 March 2018) is a time to celebrate the achievements of women, but it’s also an opportunity to highlight what more needs to be done in the struggle for equality. And this year’s official theme, #PressforProgress, reflects this. Women living with or at risk of HIV in the UK continue to be impacted by complex and nuanced issues that relate to gender and other inequalities. We’d love for women to get in touch on twitter @NAT_AIDS Trust or at info@nat.org.uk to let us know what you think are the major issues affecting women living with HIV today, and how NAT might help.

Here’s five areas where NAT is pressing for progress.

1. Access to formula milk. Mothers living with HIV in the UK are advised to exclusively formula-feed, yet we reported that the associated cost means some women are forced to choose between going hungry themselves or breastfeeding against clinical advice. We believe formula milk should be provided free to all new mothers living with HIV to meet the needs of them and their children. We continue to advocate for this nationally.

2.  Increasing inclusion and visibility of trans women in action on HIV. Global data show that trans women are at significantly increased risk of acquiring HIV, yet they remain marginalised in healthcare and HIV prevention efforts. In our briefing NAT made a number of commitments to support trans community empowerment and, through our policy work, to improve HIV prevention, treatment and care for trans people in the UK. This must include increased visibility of trans women in development of policy and practice relevant to HIV.

3. Access to support services. A year ago we outlined the case for bespoke HIV support services and detailed the swingeing cuts they’ve suffered. These services offer a crucial life line to many women living with HIV – who experience elevated rates of mental health problems, stigma and gender-based violence compared to their HIV-negative peers. So far, this evidence has been used to support collective action that has preserved threatened services in the South West, Leeds, Sussex and London, but the impact of funding pressures on the women that need these services continues.

4. PrEP for women who need it. NAT’s 2016 Judicial Review was instrumental in getting PrEP available on the NHS through the PrEP IMPACT Trial. I spoke to Dr Nneka Nwokolo, an HIV clinician based at 56 Dean Street, to get her thoughts on access to PrEP for women. She highlighted that PrEP promotion at this stage has been most successful in white gay and bisexual men, but we’re not successfully reaching women who may be at risk. PrEP could present a uniquely empowering prevention option for some women; Dr Nwokolo said that unlike condoms, “PrEP enables you to have control over whether you catch HIV or not”. More needs to be done to ensure that PrEP is both available to, and truly accessible to, those women who need it.[i]

5. Migrant access to healthcare. Migrant women are disproportionately affected by HIV, and NAT has been at the forefront of challenging restrictions to healthcare for migrants. We recently gave evidence to the Health Select Committee on the damage that could be caused to individual and public health by a data-sharing agreement Home Office and NHS Digital. We heard how a woman had died from a treatable illness because she was too scared to access healthcare for fear of deportation. Despite the compelling evidence, NHS Digital has ignored the advice of the Health Committee to suspend the agreement – as a result, we argue that NHS Digital is no longer fit for purpose.

Whilst it’s important to recognise the progress we’ve made, we also know there is still a long way to go. Do get in touch and let us know how we can #PressforProgress for women living with and at risk of HIV on twitter @NAT_AIDS_Trust or at info@nat.org.uk.

[i] For more information on PrEP for women, you can visit the Sophia Forum’s Women and PrEP website, PrEPster, and Naz Project. You can also watch Dr Nneka Nwokolo speaking about PrEP for women in her powerful TED talk here.