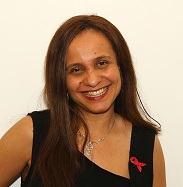 HIV prevention strategies for women used to be as simple as ABC. Abstain. Be faithful. Condom use. Fortunately this retro paternalistic approach fell out of favour by the mid 2000s. It became apparent much more was needed than simplistic behavioural change messages. Jump forward 10 years and PrEP (Pre Exposure Prophylaxis) a highly effective “game changer” comes along. Women should get excited right? Well, perhaps not – it’s not yet clear if we’ll get our hands on it.

For those of you who haven’t heard about it PrEP is pretty simple. HIV negative people take an antiretroviral drug to avoid getting HIV. Clinical trials show how effective it is. It has been available in the USA for over two years. The recent PROUD trial in the UK, a two year study looking at the impact of PrEP in gay and bisexual men, showed it was highly effective, reducing the risk of transmission by 86%. Gay men at high risk will hopefully soon be offered PrEP on the NHS and in the long term this may actually save the NHS money by reducing HIV infections. So what about women?  Why are they missing from this debate?

Perhaps a valid argument is that most women in the UK do not have the same risk of acquiring HIV as gay men. To be offered a drug, with potential side effects and unknown risk of long term use, doesn’t make sense. Not to mention the cost on the NHS at a time when the spectre of austerity hovers ominously over us. The data on PrEP for women, and on the HIV risk for women in the UK, isn’t as extensive as the data on gay men and there’s certainly a need for more studies focused on women. However for some women in the UK the risk of acquiring HIV is very high.

Let’s start with “sero-discordant couples” where the man has HIV and the woman doesn’t. Sure, if the man is on treatment and his viral load is undetectable, the risk of him passing on HIV to his partner is incredibly low. However not everyone is on treatment and certainly shouldn’t be forced to do so if they don’t want to. Not everyone on treatment has an undetectable viral load. Shouldn’t the woman in this case have the opportunity to protect herself by taking PrEP? Yes, they could use condoms, however as many women will attest it can be hard sometimes to negotiate condom use and they are pretty much at the mercy of the man to do it properly.

What about women from African communities where the risk of acquiring HIV is much higher than other women in the UK? Shouldn’t they have the opportunity to access PrEP, particularly if they feel they’re at risk of getting HIV? They may not know their male partner’s HIV status or they may think he might have HIV. They may be having multiple sex partners and not use condoms (Girls like sex too, get over it). Even if they are in a relationship being “faithful”, who’s to say the guy isn’t having unprotected sex with other women and/or men? What about Trans women, at particularly high risk of catching HIV?

Let’s consider a scenario. A woman walks into a doctor’s surgery. She is in a relationship with a man who has HIV who she doesn’t think is on treatment. She has no idea what his viral load is and despite her concerns he isn’t keen on using condoms. Clearly she’s at high risk of acquiring HIV and is asking about PrEP. Is the doctor going to be forced to say no, because PrEP is only offered to gay men?

The voices of women at high risk of acquiring HIV must be heard in this debate. Let’s make sure PrEP is made available as soon as possible - to everyone who needs it.