Now I have your attention…let’s talk about stigma 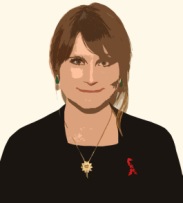 “It is time for us to step up and acknowledge that stigma and discrimination still act as the greatest barrier to us defeating this disease once and for all.”

These were the words of Prince Harry as he spoke at the International AIDS Conference in Durban last month.  With such high profile calls to action we should be winning the war against stigma.  But for many reasons, some of which I outlined in my last blog, we are not. Stigma and HIV remain a strong partnership.  Prince Harry is one of the most recognisable, and influential, figures in the world – how do we make sure that his words are heeded?

Whilst a statement from Prince Harry might get people interested, this alone isn’t enough. Converting attention into action is a significant challenge with all public campaigns as they need to give people the information but more importantly the motivation to change.

Stigma is influenced by a wide range of factors. To be successful a campaign can’t just say ‘don’t stigmatise’. It has to disrupt some of the natural ways that we all categorise others and think about ourselves. This takes more than one approach; campaign activities need to go beyond the moment where a person is initially engaged.

This is the reason why more intensive, workshop-based, approaches to reducing stigma are shown to be effective in organisational settings.  However, doing this at a macro level just isn’t feasible, so what can be done? There is still a vital role for activities with mass reach.

The HIV sector could learn from the Time to Change Programme on mental health stigma. This long-term programme of activities included both a public facing media campaign and community events involving people with real experience of mental health and the impact of stigma. One thing it has done really well is to get people talking about mental health stigma.

If we could encourage such discussion about HIV stigma this would be a start. Media’s a great tool to open up these conversations.  A website in Canada, HIVstigma.com, was set up to do just this within the gay community in Canada, with some real success in shifting attitudes.  It allowed people to contribute to the conversation, including people living with HIV, and even continue it within their own networks.  What about Prince Harry?  An advocate like Prince Harry can initiate open and honest conversations about stigma in places where we wouldn’t think it possible; we should use this as a springboard for further engaging people.  And as he said, it is time.

Find out more in our publication: "How to tackle stigma: What works?"

How to tackle stigma: What works?
Next