Improving police training and tackling the fear of HIV 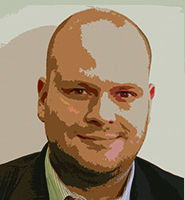 ‘When asked about the most dangerous aspects of their jobs, neither constable misses a beat. "You can be searching somebody who has HIV/Aids, or hepatitis," says Hawke. "You'll empty a rucksack and it'll be full of uncapped needles. That, for me, is the biggest fear: a fear of infection.” ‘– Guardian article, 26 March 2013 'The police are constantly under attack from the government'. Of all the risks the police face in their day-to-day jobs - attacks from armed criminals, stress, injuries from the physical nature of their jobs – all too often HIV transmission is cited in the media.

Why is this when 95% of all HIV transmission is sexual, and the likelihood of getting HIV from an uncapped needle in someone’s bag is so small it’s only theoretically possible?

As well as these fears they hold themselves. NAT heard through our networks people living with HIV have been treated badly by the police, often based on an unfounded view of the risk of HIV transmission.

In June 2012 we investigated this issue and found police training and policies on HIV were often based on outdated, inaccurate and included stigmatising information.

This is a problem for two reasons.  First, it often resulted in police undergoing an HIV test when in fact there was no risk – which is not only a waste of time and resources, but it also causes unnecessary alarm and spreads myths about how HIV is passed on.  Secondly, this can increase HIV-related stigma as people with HIV may be handled inappropriately in custody due to unfounded fears around the virus being passed on.

We reviewed materials in 15 of the 50 police constabularies in the UK, across a wide geographical area and including those with both high and low HIV prevalence.

Some of the guidance claimed HIV could be transmitted between people who share toothbrushes and razors, that the virus can be present in saliva and urine and could be passed on through kissing, scratching, and the "handling or lifting of persons".

One police force even recommended the use of "spit hoods" to protect officers from people with HIV. Others recommended providing disposable cups and cutlery for people living with HIV, keeping HIV positive detainees separate from others and even conducting interviews through the cell door inspection hatch.

Since we conducted our original research we have been working hard to ensure police forces across the country update their training and guidance. NAT created a resource for police forces to use called: 'HIV: A guide for Police Forces' in 2013. The guidance is endorsed by BHIVA (the British HIV Association) and includes information about how HIV is and isn’t transmitted, what to do if you are exposed to HIV, how to respond to someone with HIV, and information about criminal prosecution for HIV transmission.

We have had a good response to the guidelines so far and we hope we will now to start to see better practice from the Police across the Country.