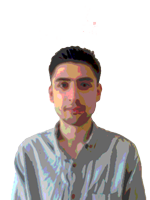 This is due to the recognition that effective healthcare must begin with the interconnected needs of the individual patient rather than the convenience of the separate elements of the healthcare system. It has to be ‘joined up’. But why do we need integration for people living with HIV? And how can we achieve this integration?

Why we need integration for people living with HIV

People living with HIV are ageing. This is due to the amazing advances of HIV treatment, meaning we are seeing more people living with HIV enter into their 50s and beyond. 39 per cent of people living with HIV in care is aged 50 or over. By 2028, this is projected to rise to around 54 per cent. As people age they are more likely to experience co-morbidity (having more than one long-term health condition). This will require more co-ordination between various aspects of the NHS. For example, GPs are responsible for condition management for most people’s long-term conditions and will need to liaise well with someone’s HIV clinic to ensure the care they receive for all their conditions is delivered in an organised way.

This is coupled with the need for ‘person-centred’ and ‘whole person’ care - important concepts within integration. Person-centred care recognises that to improve people’s health we must give them more control over their own care. Whole person care recognises that care should go beyond HIV treatment and aim to support people with the social, economic, physical and mental health needs that are associated with the condition. The NHS is not currently well set up to deliver such care.

Integrated and person-centred care for people with HIV is especially challenged by the fragmentation of the healthcare system. Since changes made with the Health and Social Care Act 2012, which resulted in a very complex commissioning landscape, the risk of incoherent provision has increased. For example, HIV clinics and sexual health services, which each have a different commissioner, are as a result increasingly being separated from one another. This means patients have their sexual and reproductive health needs met in two different places. This simply isn’t joined up.

How we achieve this integration

Over the last few years, the NHS has made various attempts to integrate care. A recent development is the creation of Sustainability and Transformation Partnerships (STPs). STPs are 44 areas covering England where local NHS organisations were required to come together, alongside local authorities, to draw up five-years plans to improve health and care in their area, covering all aspects of NHS spending. They are designed to facilitate greater collaboration amongst different commissioners and providers so that care can be joined up.

In our recent report entitled ‘HIV and Integrated Care: Can STPs deliver?’ we set out to test whether STPs could improve integration for HIV. We started by working out how many STPs mentioned HIV in their plans, of which there were eight*. We then reached out to clinicians, HIV voluntary sector services and commissioners in these eight STP areas to ask how STP came to be mentioned in the plan and what work was happening at STP level on HIV. Our main findings were:

•             Very high prevalence, high late HIV diagnosis rates, or re-organisation of HIV clinical services were the three main reasons that HIV came to be mentioned in the eight STP plans.

•             In most of the eight STP areas HIV stakeholders weren’t effectively consulted during the creation of the plans, though in some areas there have been efforts around engagement with clinicians since.

•             In some STPs the brief mention of HIV in the plan does not appear to be reflected in any STP-level activity on HIV.

The next stage of our project will be testing our ‘bottom up’ approach in London STPs, getting HIV stakeholders in each area to work out priorities for improving long-term HIV care, developing proposals, and then taking these proposals to STPs and lobby for their implementation. If STPs are to be effective, we must make them so. Integration is more than just a word, it is a vital way of improving care for all people living with HIV, and we must make our healthcare system do better.