HIV, PrEP, and the Right to Health 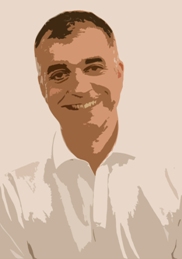 This blog was originally published on HuffPost.

It is seven years since PrEP (pre-exposure prophylaxis) – the drug taken by HIV-negative people that prevents HIV acquisition – was licensed for use in the USA. It is three years since NAT successfully challenged NHS England in the courts on its refusal to consider making PrEP available.

In England, however, PrEP is still only accessible on the NHS as part of the PrEP Impact Trial which began in October 2017. The trial was supposed to answer questions around PrEP demand, uptake and impact. In reality, it’s being used to ration PrEP provision and cap the numbers of people – predominately gay and bisexual men – using it.

In 2019 gay and bisexual men desperately in need of PrEP are being denied it. In many sexual health clinics they are being turned away or put on waiting lists. While waiting for PrEP we know some are then acquiring HIV, a lifelong serious medical condition.

We are witnessing the miserable spectacle of various parts of the health system blaming each other for this debacle. It is outrageous that the fifth largest economy in the world is unwilling to provide this game-changing drug, cheaply available at generic prices, which is easy to prescribe and almost 100 per cent effective at preventing HIV transmission.

This failure is undoubtedly a breach of human rights and, in particular, the right to health.

The right to health

The right to health is enshrined in many international treaties and conventions, including the United Nations’ International Covenant on Economic, Social and Cultural Rights. Article 12 of this treaty recognises. ‘the right of everyone to the enjoyment of the highest attainable standard of physical and mental health’.

The UK has signed and ratified this treaty, along with 168 other countries. The UK has a legal obligation to respect, protect and fulfil this commitment – even if currently one cannot litigate that commitment in the English courts. The Article expects countries to take steps to achieve the full realisation of this right including, ‘the prevention, treatment and control of epidemic, endemic, occupational and other diseases’. This must of course include preventing the spread of HIV, for which purpose PrEP is an essential component.

Furthermore, the right to health includes the right to ‘essential medicines’. The UN Committee on Economic, Social and Cultural Rights has made clear that the right to health, even if fully realised over time, involves a ‘core minimum obligation’ which includes ‘the provision of essential drugs’. The World Health Organisation has for many years provided a model list of essential medicines to guide national governments in meeting this right, including the medications emtricitabine and tenofovir for use as PrEP.

The conclusion is inescapable. The inadequate provision of PrEP means England is breaching the right to health and all those who share responsibility for the current situation need to acknowledge this fact.

First, it should wake up all decision-makers, from the Secretary of State for Health and Social Care Matt Hancock MP to every local authority commissioner, to the seriousness of the current failure on PrEP. A human right is essential to the inherent dignity of every human being. It is currently gay and bisexual men who are being told there are no more places for them on the PrEP trial. Denying the right to health in relation to PrEP is therefore a denial of the dignity and humanity of gay and bisexual men.

Secondly, it should impress on decision-makers the urgency of action to meet the right to health and make PrEP genuinely available to all who need it. This must mean making the prescribing of PrEP routine without any restriction on numbers. The right to health must also be enjoyed by all, with equity of access. Sexual health clinics must be funded adequately so that appointments and prescriptions can be available easily and quickly. It means funding health promotion to explain PrEP to all people at risk, especially those still under-represented in PrEP access – younger gay and bisexual men, women, trans people, sex workers, and heterosexuals from communities with high HIV prevalence.

Thirdly, it requires apology. People who have been unable to access PrEP, whether through inaccessible sexual health services or because trial places are full, have had to live with the continuing anxiety of possible HIV acquisition. They need an apology for the denial of their human right to health. Above all, people who have avoidably acquired HIV as a result of inadequate PrEP access need to have the violation of their right to health acknowledged by the state and apologised for.  But we must go further than this.

Fourthly, it requires reform. Decision-making within the NHS and local authorities around access to healthcare needs to be reformed to ensure that never again are people in England denied essential medicines, protection from infectious disease, and their right to health. Under-funding and buck-passing must end. We need a legally enforceable right to the highest attainable standard of physical and mental health, and a health planning system required to take account of this right in its budgeting, planning and provision.

Undoubtedly there will be debate on how the right to health can and should be enforced. There can be no debate that PrEP is completely effective, utterly affordable, and desperately needed. The struggle to access it has laid bare how, in a health system under pressure, the absence of a commitment to the right to health means it is people who are socially marginalised and stigmatised whose health is sacrificed first. We cannot allow this to continue. Nor can we allow it to happen again.