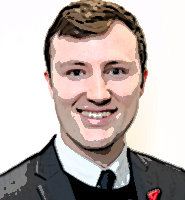 Following the news that Glasgow will open the first safe injecting rooms in the UK, Daniel Vincent asks if we’re doing enough in England and Wales to meet the health needs of people who inject drugs.

Rates of drug misuse deaths in England and Wales are the highest since records began. Last month’s data from the Office for National Statistics (ONS) showed a further deterioration of the situation for people who use drugs in this country. As the mortality rate of a person injecting drugs and living with HIV is significantly higher than the wider HIV population, a rise in drug misuse deaths is a worrying trend. In 2015:

Drug misuse mortality rates increased across England and Wales between 2014 and 2015, with substantial regional variation:

The upward trend in drug misuse deaths is clear, however the reason for this is not. With heroin and morphine being the key substances driving misuse deaths, ONS and Public Health England (PHE) are arguing the effects of an ageing cohort of heroin users, increased purity and availability of heroin, and changes in the specific drugs taken alongside heroin and/or morphine are all contributors to the increased mortality rates. This may be part of the reason but such changes alone cannot fully account for such steep rises in deaths over a short period.

We must also look at the number of people in treatment, which has been found to be protective against misuse deaths. The number of people in treatment for opiate misuse has declined from 170,032 in 2009/10 to 152,964 in 2014/15. With cuts to funding and constant re-tendering, the quality and capacity of drug treatment services are declining, making it more unlikely that those in need of treatment access it. This ultimately means more people are left with increased vulnerability to misuse deaths. The implications of current funding, commissioning and re-tendering levels of drug treatment services on drug related deaths should therefore be evaluated given the protection they provide against death by drug misuse.

Drug treatment services also provide vital protection for people living with HIV who inject drugs. Testing within treatment services helps diagnose HIV, which if left undiagnosed has an impact on morbidity and mortality. Adherence to ART is often connected with support around drug use, which has wider individual and public health impacts. So high quality services are also an essential element in responding effectively to the HIV epidemic.

People who inject drugs are politically unpopular, many are socially marginalised, local services to support them are not mandated (in other words, there is no legal requirement to provide them) and the funds used to support those that do exist are being cut. A robust plan to reverse the trends we are seeing in drug-related deaths should also include measures to sufficiently fund and commission the drug treatment services we have.