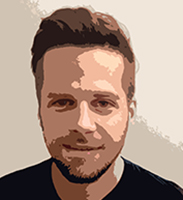 It has been thirty years since the HIV virus was discovered, and despite great progress, more people are contracting HIV in the UK than ever before. In addition, as was true at the start of the epidemic, it is still gay men who are disproportionately affected. Worryingly, diagnoses among young gay men have doubled in 10 years. The lack of progress in reducing HIV transmissions is unacceptable, and urgently requires renewed leadership from local and national government.

Improved HIV education in schools is the obvious starting point. There's no innate sixth sense which enables you to see the logic in using a condom, or to understand the risks involved if you do not. We urgently need better sex and relationship education (SRE) for all young people, which dispels assumptions, myths and misconceptions about HIV, and empowers young people to take control of their sexual health and wellbeing. Basic HIV education alone will only achieve so much. We must also do more to support the 'whole person' and understand the relevance of other factors which can affect your ability to stay HIV negative.

For some, sex just feels better without condoms. We need to educate young people about the risks involved in having sex without condoms, without alienating or stigmatising those who choose to do it without. We should be talking more about pleasure (the primary reason why most people have sex and a common reason as to why people ditch condoms) and emphasising that using condoms or engaging in non-penetrative sex can be just as pleasurable.

Others may find it difficult to stay motivated to practice safer sex and make positive choices about their health when feeling rubbish about themselves. We need to do more to tackle poor mental health among young gay men, and reduce the stigma and prejudice which can still be associated with sex between men.

Sometimes, young people may lack the confidence or social skills required to negotiate the kind of sex they want. We need to help young people feel more assured in having conversations about safer sex with sexual partners, and feel more confident in saying 'no' to unwanted sex.

Finally, all these factors can be further complicated if drunk or high. We need to have open and frank discussions with young people about alcohol and drug use and the associated risks, and improve access to services that recognise the link between mental health, drugs and sexual health.

Unfortunately, evidence shows that factors such as poor mental health, and problematic alcohol and drug use are more commonly experienced by gay men. In addition, evidence continues to suggest a link between homophobic bullying and subsequent negative health outcomes.

Schools must do more to recognise these links and play a bigger role in helping to reduce health inequalities seen among gay men. SRE and the wider role of schools should be acknowledged within national and local HIV prevention programmes, and recommendations for schools should be included in the final Public Health England framework for promoting the health and wellbeing of gay, bisexual and other men who have sex with men.

We will continue to campaign on these issues, and this summer we will be supporting the Sex Education Forum's (SEF) new campaign to make SRE statutory in English schools - 'Sex education - it's my right'. The current non-compulsory status of SRE is failing to support the health and wellbeing of too many young people, and we consider this a violation of the most basic of rights.