Are police at risk of HIV at work? 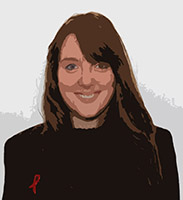 In the press this week there have been a number of reports about a man living with HIV who attacked and bit two police officers in Brighton. The Chief Superintendent commented that the incident reflected the ‘enormous risks that officers experience each and every day.’ But is there really a serious risk of contracting HIV from a bite? And are police officers in danger of HIV transmission when on duty?

In fact there has never been a case in the UK of HIV transmission through a bite, nor has a police officer ever been infected in the line of duty. The risk is extremely low and even then, transmission would only occur in exceptional circumstances.  The bite would have to be so severe as to puncture the skin, the person with HIV would have to have their own blood in their mouth and they would have to be highly infectious - either because they are recently infected or because they have a late stage HIV illness.

What there is a real danger of is that news stories such as we’ve seen this week will spread unnecessary fear about HIV, misleading the public and police about how the virus is transmitted. In reality HIV is hard to pass on, with over 95% of cases in the UK sexually transmitted.

Misinformation not only causes unnecessary anxiety for the police, it also increases the stigma experienced by people living with HIV. We still hear far too many stories of HIV discrimination because police do not understand how HIV is transmitted and have unnecessary concerns they will become infected.

In order to reassure police officers about the risk of HIV at work, NAT have produced a guide setting out how HIV can and cannot be transmitted. Ensuring police know the facts about HIV should avoid concern about HIV at work, whilst saving valuable time and resources. Better understanding about the virus would also make sure that police don’t fear people living with HIV but treat them with respect.

The attack on two police officers by a man they were trying to help is one example of the difficult work the police do on our behalf everyday. Police authorities should try to make the police officers’ job a little bit easier by ensuring they have accurate information about HIV and that they, and the media, report such incidents responsibly.